For those new to esports, you’d imagine the hotspots for the fledgling industry to be North America, Europe and China. That belief would completely miss out the contribution South Korea made to the start of esports as the first country where it hit the mainstream

Esports started its first major growth phase in South Korea around a similar time to Europe and North America, but when StarCraft came around in 1998 it exploded in the nation. The game, more commonly known by the name of its expansion Brood War, spearheaded esports development in the country. One of the first international Brood War tournaments was the 1999 Sports Seoul Cup with just under $50,000 of prize money on offer.

With 2010 came StarCraft 2, and by 2012 all competitions in the country eventually shifted over to the new title. KeSPA teams avoided the new game until that year due to intellectual property disagreements with developer Blizzard, meaning competitors moved into the scene first and built a foothold. While 2012 saw the rise and rise of the Multiplayer Online Battle Arena (commonly known as MOBA) genre in other countries, StarCraft remained strong and on top in Korea once KeSPA re-entered the fray. 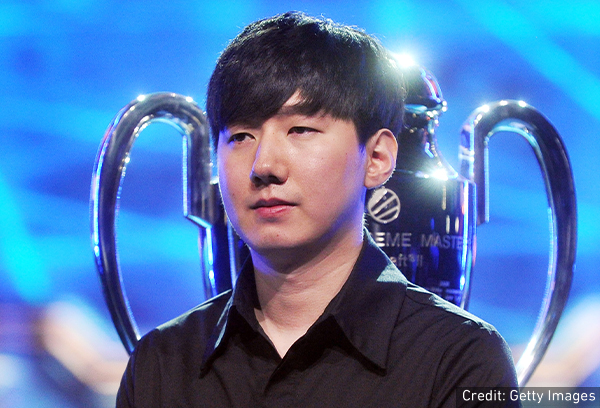 League of Legends didn’t replace StarCraft 2 in KeSPA’s focus until the end of 2016, when the Proleague was folded after 13 years of competition and the KeSPA Cup became a League of Legends only event. From there the organisation’s main focus was on the Riot Games developed title. Riot introduced the League of Legends Champions Korea league, or LCK, in 2015 in partnership with KeSPA-aligned teams to replace the previous standalone knockout tournament formats.

Blizzard, developers of the StarCraft series, wouldn’t be off the top for too long, and when Overwatch launched in 2016 it started to reach the top of the playtime charts in South Korea. While it didn’t last at the top forever, LoL eventually wrestled back control, it became host to the APEX league which, until the Overwatch League was formed, was the highest level of competition in the world.

Why esports is so popular in South Korea

Esports became successful in South Korea for a multitude of reasons. A big one was down to the South Korean government investing in Internet infrastructure after the 1997 Asian financial crisis. Another part was where young people actually went to play their games.

Due to the relative expense of PCs and Internet access at the turn of the millennium, a strong competing culture around Internet cafes was born. Known as “PC Bangs”, these locations allowed for affordable access to the games young people wanted to play on PCs which tended to be on the higher-end performance wise.

PC Bangs also offered a social aspect to gaming: they sold food and drinks, and game developers usually encouraged people to play from them by offering in-game perks. For example, Riot Games offered free access and extra in-game currency from matches to those who chose to play from PC Bangs rather than from home.

Viewership wise, South Korea saw a number of competitions televised during the early 2000s. For example, the cable networks OnGameNet (OGN) and MBCGame, which were dedicated to esports broadcasting, offered broadcasts of StarCraft and Warcraft III.

When streaming services like Twitch.tv and Afreeca were still years away from being launched, companies like OGN and MBCG, of top level StarCraft broadcasts with high production quality, were able to catch the eye of many. Broadcasts for leagues in the mid 2000’s had opening features that could, quite easily, rival many leagues that take part in 2020.

The final piece of the puzzle to why esports was so successful was KeSPA. Despite its struggles with breakaway factions and Blizzard over I.P. rights, the South Korean government-backed organisation gave esports an edge in the country. With the government putting such emphasis on esports, the organisation allowed potential commercial partners to be more confident of entering the space. This meant airlines, telecoms and entertainment companies invested early on.

In later years, the esports following in South Korea had distilled into three main titles. The esports with the highest viewership and competition in South Korea are League of Legends, StarCraft 2 and Overwatch.

StarCraft and StarCraft 2 are still popular titles, attracting large numbers of competitors, despite no longer being the top title in the country. South Korea remains the country to go to in search of top level competition, with South Korean players making up the vast majority of Premier tournament winners in the past few years. 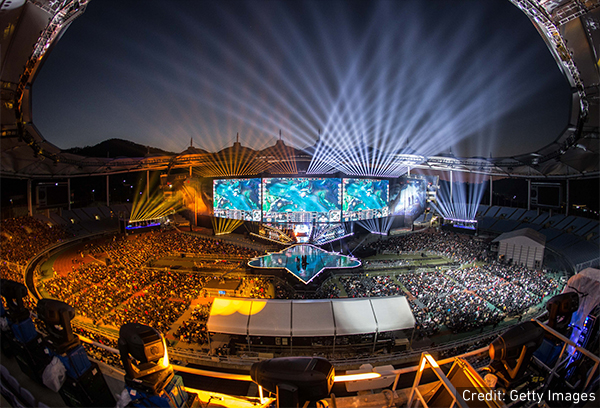 League of Legends is the current top game in the country. The title has a powerbase cemented by the LCK, the top level of League of Legends play in South Korea and is one of the game’s four major regions. The country has won more World Championship titles than any other, winning five trophies in a row between 2013 and 2017.

The most successful League of Legends team is SKT T1, having lifted the trophy on three occasions and finishing second once. The ever present player in that time has been Lee "Faker" Sang-hyeok, widely regarded by many as the best League of Legends player in the world. When League of Legends hosted the World Championships in South Korea in 2014 and 2018, the event sold out the stadia that played host to the finals of the competition.

South Korea is, undoubtedly, the strongest competitive region in Overwatch. In the 2020 Overwatch League season, 57% of all competing players come from South Korea. Understandably, the country has had a strong presence in both Overwatch League champions. 2018 champions London Spitfire held an entirely South Korean team and the 2019 champions, San Francisco Shock, saw half its roster hail from the country.

Notably, the Valve games are absent from this list. While both CS:GO and Dota 2 are played in South Korea, they don’t have as large an audience. Dota 2 has only seen South Korean players compete at The International on three occasions, with a mix of the same seven players making up those appearances. Dota 2 competes directly with League of Legends, and with the LCK giving the title a stronger foothold in the country, is unable to build as large a player base.

CS:GO, on the other hand, is a more complicated omission. During the Counter-Strike 1.6 era, teams like WeMade FOX and Lunatic-Hai were notable entrants at numerous major events like Intel Extreme Masters (IEM). When the series transitioned over to CS:GO at the end of 2012, the Korean player base never transferred over. Instead, they were directed to Counter-Strike: Online 2, a version of the game developed exclusively for the South Korean market.

Check out Pinnacle's esports articles for more content and put your knowledge to the test with our esports odds.