There's been a common question of whether or not VALORANT can, or will, overtake and dominate CS:GO in esports. But what if they could co-exist? For that, we look to traditional sports and the example Rugby can offer.

BET ON CS:GO AND VALORANT ESPORTS

Get great odds on CS:GO and VALORANT with Pinnacle.

Why is this a comparison?

When you drag traditional sports into an analogy for the potential future of esports, you usually go for one of the big ones like Soccer, Basketball, or American Football. However, for this example I’ll be using Rugby, and for two main reasons: Firstly, it’s a game that, at its heart, has the same roots and appears interchangeable. Secondly, I’m British, and the split of Rugby Union and Rugby League is an example I find much easier to discuss.

It is possible for both games to co-exist and one won’t necessarily kill the other. There just needs to be the will to make it possible.

For background, the two forms of “modern” rugby split in 1895, when 22 clubs from the north of England met in a hotel to proclaim the foundation of the “Northern Rugby Football Union”, later to be known as Rugby League. The move was spurred on by the fact that the Rugby Football Union, based in the south of England, wanted to keep Rugby as an entirely amateur game, preventing the payment of players.

This split became permanent, and as such the two developed outside of each other. Suddenly, player numbers were different, with the League form of the game dropping to 13 players a side, while Union continued with 15 players. Points for tries also changed between the two forms; four in League and five in Union.

Outside of player numbers and points changes, the one main difference that can be seen by most onlookers coming into Rugby is what happens after tackles. In Rugby League, the ball must be rolled back to a teammate after a tackle, at a maximum of six times per period of possession. If a try hasn’t been scored, or the ball hasn’t gone out of play, before those six times are up, it must be kicked forward towards the opposition. If it goes out of play afterwards, play resumes with a scrum made up of six players.

In Rugby Union, it’s much more free-flowing than that. When a player is tackled to the ground, the ball must be released but it can then be picked up by anyone, as long as they remain on their feet and they come from their team’s side of the tackle. These bring the concepts of “rucks” and “mauls” into play, where teams try to keep opposition players away from the ball or try to make sure players don’t go down during a tackle. When balls go out of play, play is resumed through a “lineout” (akin to a throw-in in soccer), while scrums are reserved for other game infringements.

While the League version of the game thrived as a professional sport for the century head start it gained on the original Union form of the game, the tables turned when the RFU granted Rugby Union the status of an open professional game in 1995. A century on after the Northern teams split the sport in order to sustain themselves, Union decided they too wanted in on this paying players lark. Within the next two decades, Union asserted itself as the most lucrative professional code of the two.

While the split between Union and League was predominantly focused on monetary reward, it’s the difference in rules and popularity of the codes that can potentially be translated into the nascent split between the two FPS titles of Counter-Striker and VALORANT. It’s not hard to see many key differences from just briefly looking at them. 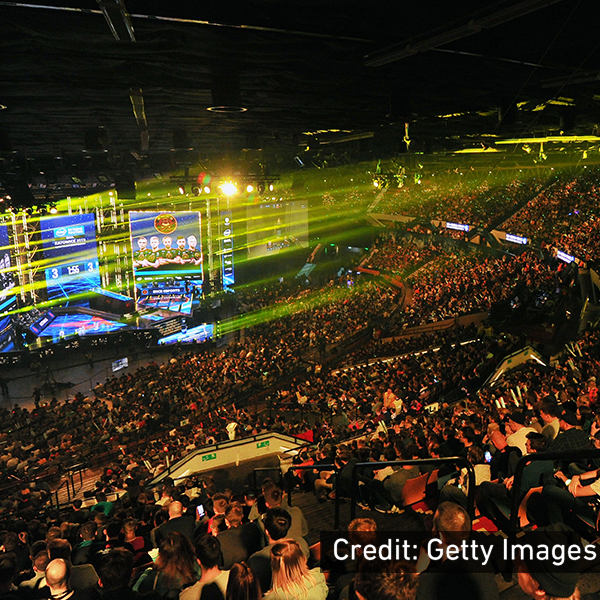 So, naturally, how does this fit between CS:GO and VALORANT? From my perspective, it’s hard not to look at CS:GO and VALORANT in a similar guise. On the surface, both games hold the same key traits, and it’s only when you focus on each of the games that individual traits, which are key to the chemistry of each, emerge.

Both CS:GO and VALORANT see you secure rounds in the exactly the same ways as each other. The most obvious being that of eliminating every member of the opposing team. The other round win conditions depend on what side you’re playing – either with the Terrorist or Attacking side, needing to plant the bomb/spike and let it detonate, or the Counter-Terrorist side, needing to wind the round’s clock down, or defuse the bomb/spike before it goes off.

Weapons between both are broadly similar too, with both offering options for Rifles, SMGs, Shotguns, Snipers, and Heavy weapons. While the names differ between both, it’s not hard to see guns like the AK-47, M4A4, AWP, and Desert Eagle from CS:GO represented by the Vandal, Phantom, Operator, and Sheriff in VALORANT. Both even offer purchasable armour variants.

One of the first instances in which the two games differ is in the amount of rounds in a game. In CS:GO, each half is played over 15 rounds (30 in total) and teams must win 16 rounds over the two halves of regulation time to win. For VALORANT, that drops two 12 rounds per half with teams needing to win 13 in regulation time to win. Overtime also differs between the two games, with CS:GO effectively seeing three-round halves played until there’s a winner and VALORANT running until a team wins two consecutive rounds.

Maximum timings also differ between the two games, with CS:GO seeing its rounds last 1:55 and the bomb taking 40 seconds to detonate. VALORANT rounds run to 1:40, with the spike detonating after 45 seconds. Defusing the bomb/spike is also treated differently in the two games, with CS:GO needing an uninterruptable five or 10 seconds, and VALORANT only needing seven seconds, which can be resumed from the halfway point.

Naturally, the fact that VALORANT has characters (known as agents) with different abilities is a huge disconnect from that of CS:GO. These abilities, in effect, replace the grenades of CS:GO, with different agents offering the ability to flash, throw fields of fire, obscure vision like a smoke cloud, or even build walls of ice in various combinations. This part of the game feels more akin to Overwatch than CS:GO, however the precision of the weapons brings this back to CS:GO.

The future of the games

So where do the two go in the future? If Riot Games takes VALORANT down the same path as it did with its other title League of Legends, you can expect around a year and a half of open tournaments around the world before the scene gets regionalised and sectioned off into leagues. While the potential for franchising is there, and widely expected by many, I wouldn’t imagine it to take place any time soon, as the game still needs to slowly develop its grassroots competitions before Riot Games can successfully cash in at the top.

On the surface, both CS:GO and VALORANT hold the same key traits, and it’s only when you focus that individual traits emerge.

While Rugby Union has asserted itself world-wide as the premier code of the game, Rugby League still maintains a strong professional outlook, especially in working class communities of northern England and Australia. There is a future where this can happen for both CS:GO and VALORANT, where one will probably end up larger than the other but both still have their own markets and strong followings.

While VALORANT is still a new game, a number of players have “code-switched” to it from CS:GO. In fact, the vast majority of top teams in European and North American VALORANT are made up of former professional CS:GO players. Europe is mostly made up of second tier talent that couldn’t break through and a couple of bigger names, like Adil "ScreaM" Benrlitom, who dropped out of the CS:GO top tier a couple of years ago. North America sees players who’ve recently been at the top of the competitive tree, most notably Nicholas "nitr0" Cannella, all the way down to players who’ve jumped over from the MDL division.

Will players regularly switch between the two games thanks to lucrative offers on either side, or will players that make the change drop back to their familiar game due to being unable to make the leap? Could we potentially see ourselves in a future where to follow your favourite players, you’d have to be active across both games and learn and remember what the subtle differences of each are?

The future would, however, require Valve to at some point recognise the importance of supporting the professional competitive side of their game, something they’ve been borderline neglecting ever since it was released. With the calendar still looking undetermined - with the cancellation of the first Major of 2021 and the status of Major Ranking events still to be confirmed, throwing multiple spanners in the works - it’s a tough time to be at the forefront of running CS:GO teams.

That future would also need to see VALORANT polish off its competitive events, with its most recent First Strike events needing improvements in both broadcast quality and tournament format. For the first “big” events in the game’s calendar (before the game kicks off its Championship Tour), there was still a fair amount left to be desired. Player models needing to be refined, the HUD needing to be made cleaner and smaller, the death camera needing to be pointed down less violently, and the minimap needing to be easier to read are just a few things I personally observed from watching the recent event.

In order to see exactly what the future offers, you’d need to be adept at reading crystal balls or have an oracle on speed dial. What I can see plain as day though, from taking a look at a couple of traditional sports, is that it is possible for them to co-exist and that one won’t necessarily kill the other. There just needs to be the will and refinement to make it possible.