A Multiplayer Online Battle Arena (MOBA) is an online video game genre that has grown massively over the past decade − led by the two of the most popular titles in the space, League of Legends and Dota 2. In this glossary of terms for MOBA games, we outline some of the most popular terms used.

Multiplayer Online Battle Arena, commonly abbreviated to MOBA, refers to an online strategy-based video game in which two teams of players compete against each other on a battlefield (map). The objective for each team is to destroy the other team’s main structure/base before theirs is destroyed. Each player controls a character with its own unique abilities.

The two most popular MOBA titles currently are League of Legends (LoL) and Dota 2.

Get the best odds on esports with Pinnacle.

A champion’s stat that boosts the effect of a champion’s abilities, spells, and items to increase their damage when used. Each champion starts with 0 Ability Power. Ability Power can be purchased.

A champion with high Ability Power. They are vulnerable to attacks and are given protection from teammates so they can stay in the game longer and inflict more damage.

A term found in League of Legends (and also used in the FPS game CS:GO). An Ace is when a player kills all members of the opposing team single-handedly in a single round on a map.

The core structure of each team’s base in Dota 2 maps. The primary objective in any map is to destroy the other team’s Ancient. The Ancient is guarded by towers which must also be destroyed in order to destroy the Ancient.

The physical area across which a spell or attacking move has an effect. A spell or move will have an effect on any character within the AoE.

A type of champion whose aim is to sneak through and kill the AD Carry.

A champion’s stat that boosts the damage caused by a champion’s attacking moves.

A champion who can deliver a high level of damage. They are usually assigned to the bottom lane of a map and, as they are usually vulnerable to attacks, are protected by their teammates.

An offensive move that enables a player’s character to automatically and repeatedly attack their target opponent without new input commands needed.

A method of sneaking in and attacking the opponent’s base without them realising until it is mostly too late (i.e. if the opponents are occupied elsewhere). This terms is also used in Real-time Strategy (RTS) games.

A large and powerful neutral monster, found on Summoner’s Rift in LoL. Killing him will give not only give the character Gold and XP, it will also give all living champions on the killing team a three-minute buff.

Where all players select which characters/champions/heroes they wish to play with simultaneously. Opponents can’t see which characters others have picked until the game has begun.

A spell which enables a character to instantly jump or teleport to a location some distance away.

One of the lanes in which a MOBA game map is split into, which runs along the bottom of the map. The objective is to gain control of this lane along with the other lanes on the map.

The character(s) that a player chooses to play as in an LoL match.

The group of up to five champions a player wants to play with in a tournament. The pool includes a main champion plus a back-up (in case it is banned or picked by another player) for their main position and a main and back-up for their secondary champion.

The period of time in an LoL match after an ability has been used, during which the ability cannot be used again.

Creep Score is the amount of creeps/minions/monsters that a player has dealt the killing blow to per minute during a game. Each kill earns a player gold and XP, so getting high a Creep Score is important.

A measurement of how much damage that can be done by a character, weapon, or spell per second within a game. A character or weapon with a high DPS can deal a lot of damage.

Killing your own friendly minions/creeps in order to prevent the opposing Dota 2 team’s characters from killing them and gaining gold and XP.

Moving into a highly dangerous area where the character is outnumbered. This move can be performed by a single player or by the whole team. Dives are risky but can reap big rewards if successful.

A neutral character located on an LoL map, which either team can fight. Dragons are based on different elements (e.g. Air, Earth, Fire, Ice). By killing the dragon, the killing team are rewarded with a buff based on the dragon’s element.

The percentage of all Dragons killed in an LoL game that were killed by a specific team.

The act of acquiring gold and/or XP during a game (through killing minions/creeps) in order to level up and gain strength, abilities, and weapons for use later in the game. This term is also used in MMORPG games.

The first kill of the Baron Nashor character in an LoL game. Killing the Baron first can give a team a big advantage within a match. The FBN% is the amount of first Baron kills gained by a team across a specified number of matches.

The first kill on an enemy player in an LoL game. Getting first blood provides the character and their team with a big gold advantage. The first blood rate (FB%) is the amount of first bloods gained by a team across a specified number of matches.

The first kill of a dragon in an LoL game. It can provide the killing team with a buff which can give them useful extra abilities early on in the game. The first dragon rate (FD%) is the amount of first dragon kills gained by a team across a specified number of matches.

The first turret (tower) destroyed in an LoL game. Destroying a turret can provide the destroying team two gold rewards and can be a significant move towards destroying the enemy’s nexus. The first turret rate (FT%) is the amount of first turrets gained by a team across a specified number of matches.

The section of the map that is out of the range of vision of the character and the player controlling it.

To ambush or catch an opponent by surprise or to be ambushed/caught by surprise by an opponent – usually a situation of multiple ganking players versus the lone player being ganked (e.g. 5v1)

In-game currency. Players can earn gold from killing or controlling other characters (e.g. minions/creeps) within the game and can use gold to purchase items or powers that improve their combat ability.

A metric which shows which team has the most gold in a game.

A metric which tracks the difference in gold acquired between two teams in a game at the 15-minute mark. It can be used to determine how the match might unfold and which team looks more likely to win it. If a team has a positive [email protected], they are more likely to win that match, while a negative value indicates a lower probability of winning.

The character(s) that a player chooses to play as in a Dota 2 match. There is a large hero pool from which players can choose and each hero has unique powers and abilities.

Structures that protect the Nexus and Ancient in League of Legends and Dota 2 respectively. Once the enemy inhibitor or barracks has been destroyed, their Nexus or Ancient becomes vulnerable. Destroying an enemy’s inhibitor also causes super minions to begin spawning for your team.

Areas of a MOBA map that are located around the three lanes.

The Jungler works in the jungle areas of a map, killing creeps and earning gold and XP. They can also help ambush and eliminate opposing players in the lanes.

Abbreviation for Kills and Deaths, an in-game metric that helps analyse a player’s performance. It is calculated by dividing a player’s number of kills by the number of times they have died in a match. Another similar metric is KDA (Kills, Deaths, Assists) which adds a player’s number of assists to their kills before dividing it by their deaths.

All MOBA games take place on a map, which is broken down into three distinct pathways called lanes (with a jungle area in between). The goal of each team is to traverse these lanes to get to the opposing teams base, killing non-player characters and members of the other team along the way.

When a player’s character deals the final, killing blow to another character in a game. Getting the last hit can provide a gold/XP boost.

Premier LoL league in Europe. It has 10 teams and is run over two splits (Spring and Summer) per year. The winner of the Summer split qualifies for the LoL World Championship.

A player in MOBA games who is assigned to the middle lane section of a map. The player usually chooses a champion with good Ability Power.

Computer-controlled non-player characters that appear in LoL and Dota. They can be found in the lanes or jungle on a map. Killing minions/creeps earns XP and gold.

The core of each team’s base on League of Legends maps. The primary objective in any game is to destroy the other team’s Nexus. This needs to be done to win the game. The Nexus is guarded by inhibitors and turrets which must also be destroyed in order to destroy the nexus.

The most powerful neutral creep character in Dota 2. When he is killed, the killing player and their teammates are rewarded with gold. The Roshan also gives out several spells and abilities which can be picked up by either the killing team or their opponents.

The rate at which a champion/hero is able to get stronger and increase their efficiency and abilities as the match goes on.

One of the most commonly played maps in League of Legends. The map contains three lanes - each defended by turrets - surrounded by jungle. Players have to travel through the lanes or jungle with the ultimate aim of locating and destroying the other team’s Nexus.

A player in MOBA games who is assigned to the top lane section on the map. The player usually chooses a champion who is self-sufficient as the position is often isolated and involves and lot of 1v1 combat.

Defensive structure that protects the core of each team’s base. Teams must destroy them in order to access and destroy the opposing team’s base – the primary objective of an MOBA game.

Items that can be placed anywhere on the map to provide vision for the player in that area. Can be useful for players to see within the Fog of War.

A guide to the Pinnacle Cup III 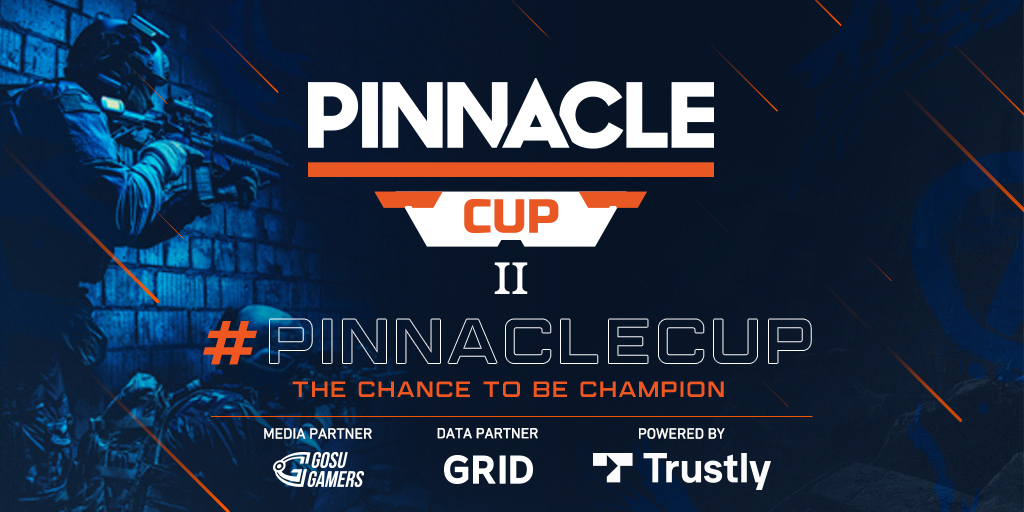