For those of you that are avid watchers of CS:GO Majors, you may notice that the opening two sections host a format not seen at many other tournaments, the Swiss-system. We’ll look at how it came to be, and where it originated from, before injecting itself into esport tournaments across the world.

What is the Swiss-system tournament format?

Tournament organisers, particularly in esports, have been known to tinker with the chess standard Swiss-system. The first big change to the system came at the 2018 FACEIT London Major, where they opted for seeding after every round of the Swiss stage based on how well their previous opponents had performed.

This combatted the issues around seeding ahead of the Major and the fact that some teams had been better seeded because they were in the Legends Stage. This specific system that FACEIT used was called the “Buchholz” system, which is explained well by a HLTV article.

Whilst this system proved to be a pretty decent alternative to the non-seeded events that came before it since the format was introduced in 2017, it has its limitations because of the pairings system deployed, and the fact that best-of-one does lead to one-map specialists if the veto is done correctly.

A solid example of that at the FACEIT Major came from Complexity. The North American team came up from the Challengers stage, playing Inferno in all four of their matches, winning three of them. In the Legends stage, they claimed a large scalp over Fnatic in the opening round, once again on Inferno, before other teams cottoned on to their speciality and attempted to limit their run, albeit fruitlessly.

Also at the FACEIT Major, the Swiss stages were entirely best-of-one save for the final round of matches, for those that ended up with a 2-2 record. This meant that certain teams with weaker map pools would’ve benefited as they avoided having to play a best-of-three until either the playoff stage of the tournament.

For IEM Katowice, the Major after FACEIT’s, we saw a slightly more fine-tuned competitive Swiss-system format. Best-of-three matches were introduced earlier, for every round that could see progression to the next stage, or elimination.

This meant that the only the first two rounds were exclusively best-of-one matches, and the tournament became entirely best-of-three after the third round. This made the IEM Katowice Major the closest any Valve-backed Major has been to being a fully best-of-three event.

The other big change came in the form of overhauling the Challenger Stage and Legends Stage seeding and Elo system that we’ve seen in previous Majors. ESL introduced a “Player Based Ranking” system to seed the initial rounds of the tournament. A full explanation as to how this ranking model works can be found on the ESL website, but effectively the system took an average of how teams ranked each other. This was later iterated for the StarLadder Berlin Major, where the initial seeding saw the player-based system replaced by the HLTV.org World Rankings.

These changes to the traditional Swiss-system tournament format would see a stronger competitive ranking system deployed to give the teams a fairer chance of making the Playoff Stage of the tournament, limiting the number of matches between the higher ranked teams in the earlier knockout rounds.

In addition to developments with the initial seeding, a new Elo system was used to refine the matchups in each round in the Swiss-system. ESL have explained what they want to do with this particular Major (prevent teams getting an easier route) on their website in great detail. This was once again used at the StarLadder Berlin Major.

Once the initial seeding has been completed, teams will then be assigned an Elo rating that reflects their seeding position; the higher seeded the team is, the more points they will have. Each team will be seeded according to each team’s assigned Elo points, and their points will be adjusted after each round.

By having an Elo rating that is continuously updated, it prevents teams of higher or lower rating playing against a team that would be considerably different, making each round a fairer match up based on that rating. The example provided by ESL: “If the #16 seed defeats the #1 seed, that suggests that the #16 team is not yet #1, but probably a bit better than their seeding and vice versa.” 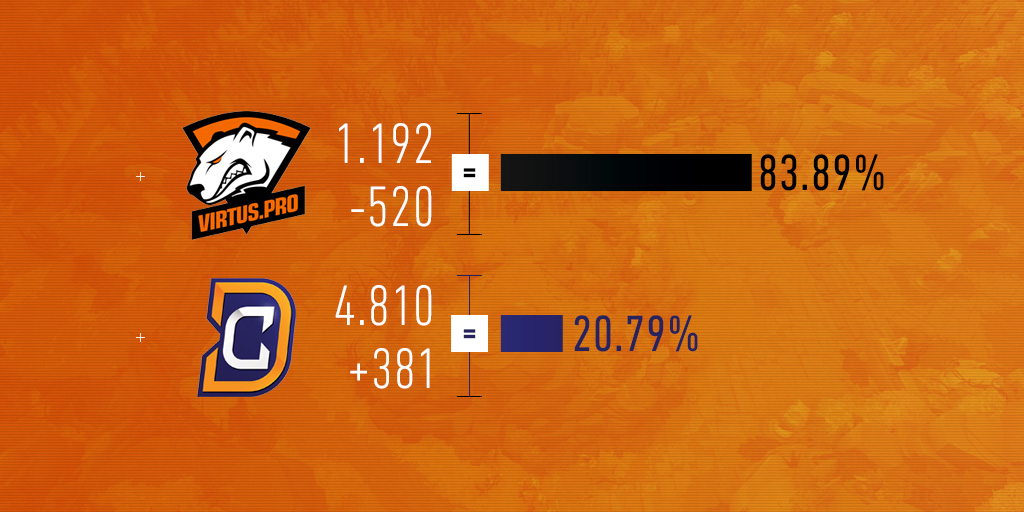