StarCraft 2 is the fastest-selling real-time strategy (RTS) game in history. Understanding how to bet on StarCraft 2 is therefore of great importance to esports bettors. Despite hefty competition and a decline in playing levels, the game still gave out over $3.5 million in prize money last year. Read on to find out more about StarCraft 2 betting.

StarCraft 2 (SC2) is an RTS game, typically played between two players, each of whom select one of three different factions to play. The three factions are the Terrans, human exiles from Earth; the Zerg, a swarm of super-species and the Protoss, a technologically advanced psychic alien.

Players start matches with a few workers & buildings and must grow their army by gathering resources and building more structures. The winner of the game is simply the player who wipes their enemy out. A strong start is of vital importance as the player that builds and gains resources the quickest can use that advantage against their opponent.

Two defensive players might make for a really close series in StarCraft 2, whereas two aggressive ones will be more difficult to bet on due to the volatile nature of their battles.

Due to the different factions, varying strategies, build orders and different ways to manoeuvre your troops, players need to be quick in their thinking and fast in their decision making: the ability to multi-task is fundamental.

The way players go about controlling and executing their strategies, including bluffing their opponent or concealing buildings behind others, is why this game was so popular to begin with and so fascinating to watch. Even though the game was released several years ago, people are still developing new ways to play to this day.

SC2 was released worldwide in July 2010. It was a sequel of the immensely popular StarCraft, released way back in 1998. The game was split into three instalments, the base game titled Wings of Liberty, an expansion called Heart of the Swarm and a stand-alone expansion named Legacy of the Void.

The SC2 storyline takes place just four years after the original and features the return of many of the first game’s characters, such as Arcturus Mengsk and Sarah Kerrigan. Plenty of new characters were also added, keeping the game fresh and giving fans new idols. A similar balance was struck with the game’s new and existing worlds.

On 3 August 2010, Blizzard announced that SC2 had sold more than one million copies worldwide within the first day of its release. On the second day, Blizzard decided to sell the game as a digital download to keep up with demand, leading to the sale of a further 500,000 copies. This made SC2 the fastest-selling RTS game of all time.

Professional players use certain tactics depending on the map in question and, as such, certain players are more comfortable on certain maps.

Being so popular, it was only a matter of time before SC2 took the eSports world by storm. The original StarCraft was dubbed the most successful eSport game in the world, even having two dedicated South Korean TV channels. Unsurprisingly, SC2 reached similar heights, being played in/by: Major League Gaming, ESL, TeamLiquid StarCraft League, DreamHack and the North American Star League.

In early 2012, Blizzard announced the 2012 SC2 World Championship, featuring over 30 offline events. The prize pools for this event were large, with regional qualifiers taking place all over the world. The finals were held in China and the overall winner was a Korean player named Lee-Sak ‘PartingG’ won, and walked away with an impressive $100,000.

How to bet on StarCraft 2

Since the emergence of League of Legends betting and Dota 2 betting, SC2’s popularity has declined – but there is still a huge level of Starcraft 2 betting. Once bettors know how to bet on eSports in general, they can expand this knowledge and learn more about specific games like StarCraft2.

Pinnacle offers the best odds on SC2 and the most common market is the Money Line. This involves betting on the match winner, with the odds on offer reflecting the perceived level of each player.

An important part of how to bet on Starcraft 2 is learning different maps. Each one comes with different layouts and spawn points. The feel of the maps are totally different, with varying surfaces, gradients and sizes. Professional players use certain tactics depending on the map in question and, as such, certain players are more comfortable on certain maps.

Currently, in the 1v1 scene, there are six maps that are actively played: Abyssal Reef, Daybreak, Newkirk Precinct TE, Proxima Station, Bel’Shir Vestige and Overgrowth. In the 2v2 games, which are less popular, there are 3 maps currently played: Deadwing, Frost, and Whirlwind.

As well as the Money Line, Pinnacle also offer handicap bets. A typical handicap on offer for a best-of-three series would be -1.5 maps, which would mean a player winning their match 2-0 for your bet to be successful. Alternatively, you could bet on the handicap of +1.5 if you expected the weaker-rated player to win at least one map.

An example of a SC2 bet would be as follows:

What tournaments are available to bet on?

Even though SC2 has been in decline, there are still a number of tournaments available to bet on, such as Global StarCraft League, VSL Season 1 League and the World Championship events held around the world.

To see the full list of events available for StarCraft 2 betting, see the Pinnacle eSports calendar.

StarCraft 2 betting: Things you should consider

StarCraft 2 betting is solely focused on the player. Most big matches are 1v1s, so team play is not something you need to consider often when learning how to bet on StarCraft 2. Of course, there are certain players who match up well against others, with the strategies within SC2 almost endless.

Two defensive players, for instance, might make for a really close series, whereas two aggressive ones will be more difficult to bet on due to the volatile nature of their battles. Knowing players is important and there are many websites that contain extensive player information, such as Liquidpedia.

As maps are such a big factor in SC2, it may also be profitable to find information about individual maps before betting closes – and who is generally stronger on each one. With Pinnacle offering you the option to bet on single maps, a little bit of research can really do wonders when understanding how to bet on StarCraft 2.

Now that you know the basics of StarCraft 2 betting, you can place a bet with Pinnacle. Alternatively, you can learn more about general betting themes such as how to calculate expected value and which staking method you should use. 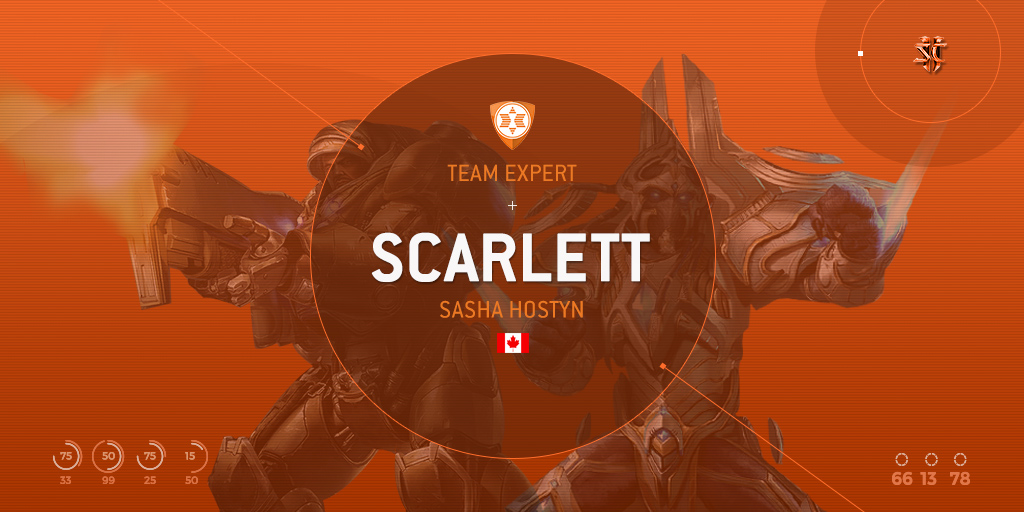 March's eSports Player of the Month