close
Back to Help 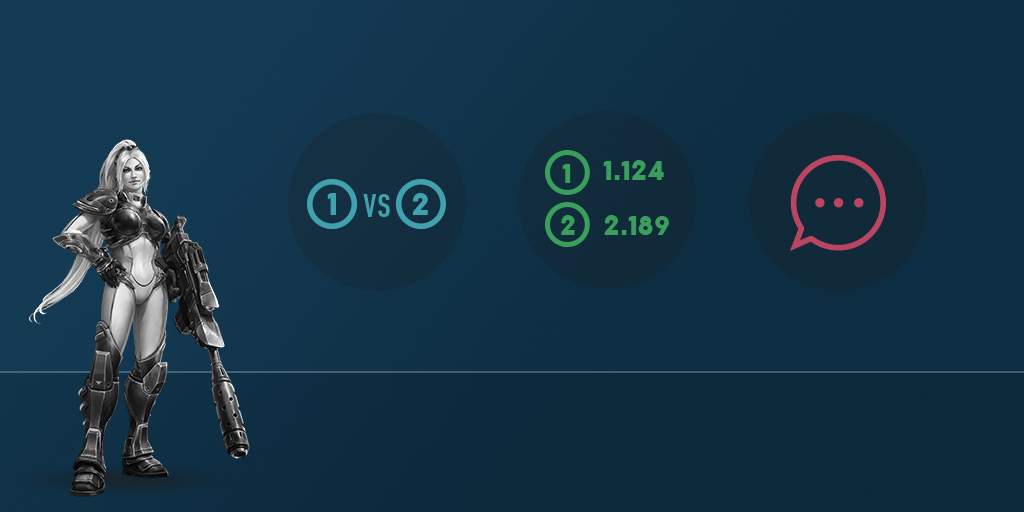 How much you’ll win on an eSports bet depends on two factors – how much you bet and what the odds are. The odds also reflect the probability of a certain outcome happening – we’ll explain that as we go on.

Pinnacle offers odds in two formats: Decimal and American. Decimal odds are the easiest way for bettors to calculate how much they could win if they bet correctly.

You can calculate how much you’ll win on a Decimal bet by multiplying the Decimal odds by the amount you want to bet.

Here is an example of the Decimal Odds of an eSports game on a Money Line market. This is the most common type of bet, in which you are choosing which of two teams will win the match. This might be the hypothetical odds for Newbee taking on Team Liquid:

When using Decimal Odds for match winner bets, the amount you bet is also known as the amount “to Risk”. When you’re placing a bet, the bet ticket will show the potential win amount - i.e the potential return.

You can also use the Decimal information to work out the probability of a certain outcome. You do this by dividing 1 by the decimal odds. For example:

Team Liquid has a 40% chance of winning

You’ll notice that these two probabilities, 62.5% and 40%, only add up to 102.5%. This is because the odds include a “bookmaker’s margin”. This is the amount of money the bookmaker is aiming to earn from taking bets – in this case, 2.5%.

The lower the margin a bookmaker offers, the better value the customer is getting. Pinnacle prides itself on offering the best margins on the internet.

If you’re interested, you can learn more about how to calculate betting margins.

Other types of bet – Outrights

In addition to Money Line bets, Outrights is another type of eSports bet you can place at Pinnacle. This is where you bet on the outcome of the event, rather than an individual match. A popular Outright bet would therefore be “who will win The International?” in Dota 2.

Outright bets can also focus on a specific variable within a match like “how many games will Team Liquid win?”

The odds for these types of bet work in the same way as for traditional markets, but there can be multiple options - if the market is for who will win a tournament, there could be 10+ options.

Other types of bet – Handicap

One of the most interesting types of bet is the handicap, also known as “spread” bets. This is where bookmakers give the weaker team an advantage and the better team a disadvantage to “level the playing field.”

For example, if Team Liquid were less likely to win the game listed above an interesting bet might be - would Team Liquid win if they started with a 1-0 game advantage?

This is called a handicap bet and is typically written: Team Liquid (+1). If a team starts with a game deducted (like Newbee would in this instance), it would be written as Newbee (-1).

Because of the added handicaps, the odds are also likely to change. For example, with a +1 advantage, Team Liquid might now be 2.000, while Newbees chances of winning have drifted to 1.998.

To increase potential winnings you can make what is known as Multiple bet (also known as an accumulator). A Multiple combines at least two individual bets on different events. To win, however, all of your bets must be successful, with the payout the combination of the odds of each of the component bets.

Read through our guides to learn what the odds mean, how to place a bet and how to deposit money into your Pinnacle betting account (as well as withdraw if you win).

Before you place your first eSports bet, you'll need to deposit money into your Pinnacle account. We've outlined how to get through the fast and easy process below.

If you are new to Pinnacle - or to betting on eSports - the following instructions will guide you through the simple process of placing your first bet.