Players that compete in CS:GO often struggle with taking up the role of In-Game Leader (IGL). We asked former professional player Mathieu “Maniac” Quiquerez on his thoughts about what makes a good IGL.

The role of In-Game Leader in CS:GO is probably one of the most discussed yet vastly underestimated aspects of our beloved game. Although everyone agrees that it is a demanding position which requires a tremendous amount of dedication, investment and overall work, I sometimes doubt that we as a community truly fathom the qualities required to be a good leader.

In this article, I will attempt to depict some parts of the multifaceted challenge that is being an in-game leader. Whether they are a tactician, a leader by example in terms of attitude, a mentor, a calm voice during the storm or a warrior, there are various terms we can throw in when discussing the values and behaviours that a leader should display.

The very essence of being the leader of a team is to dictate strategical directions. Before the games, it means crafting, studying, preparing and presenting strategies that the team will then use on the battlefield. This requires a profound understanding of the game and the moving pieces of every round.

A good leader must also have the ability to be the difference maker in important games. Astralis’ Lukas "gla1ve" Rossander is representative of this.

A leader must foresee the movements and positions of their opponents at each and every turn to create a strategy that will succeed, and have contingencies in place to deal with the opposing team’s reaction. Not only must one be capable of displaying artistic creativity when putting together a strategy, but they must also have the cognitive ability to anticipate its strengths and weaknesses and to perfect it over time.

During the game is a different story. The strategies that have been created have to now be used at the right moment and as a logical answer to the opponent’s game plan that has been analysed before or halfway through the game. This is a highly demanding task that relies almost solely on the leader’s ability to decipher the tactical puzzle posed by the enemy in real time.

Even though a functional team will provide a network of information or even suggestions to its In-Game Leader, it remains their responsibility to guide their team and give it the strategical upper hand.

During games and leading by example

Even nearly perfect preparation isn’t always a guarantee for victory. During practice matches or official games, things often do not go according to plan. Mistakes can happen, the opposing team can be surprisingly strong, or you can be on a poor streak of luck. Under these circumstances, frustration will inevitably cripple its way into the team’s communications, worsen the decisions made by individuals and lower the overall level of the team.

It is of the utmost importance that a leader maintains a productive, motivating and decisive attitude at all times. In my eyes, the In-Game Leader is the barometer of the attitude that I can expect coming from a team. 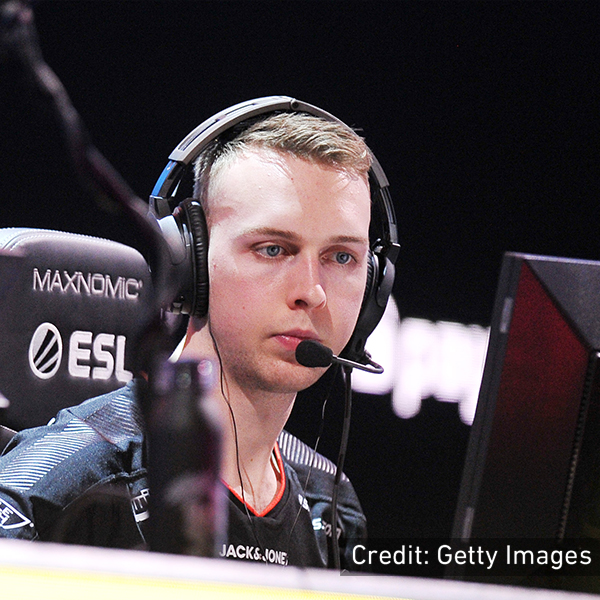 They need to lead by example, not only to improve their team’s chances of winning, but also to be in a position to put their teammates in their place if they bring a negative energy into the team. They need to embody what they want to see from their roster. This applies mostly to official games where performance will be highly impacted by the team’s attitude, but it also has a lot of value during practices to make sure time is used optimally.

Building for the future

As much as practices are about learning, both as a team and individuals, I believe there is a parallel to be made between being a leader and being a teacher. Even though it is the entire team’s responsibility to improve and find new solutions, reinvent their game and be one step ahead of their opponents, we often look at the In-Game Leader to be the one understanding why a defeat has happened and to dispense their knowledge onto their teammates and figure out new plans.

The role of In-Game Leader is probably one of the most discussed yet vastly underestimated aspects of CS:GO.

Not only must they be the one initiating global change in the team (in collaboration with the coach and the staff), a good in-game leader will make their teammates better players by helping them train better, reflect on themselves and the poor choices they have made or figure out what process works better for them. This requires a tremendous amount of energy, but also a strong pedagogical ability.

There is a huge and very often underestimated difference between knowing how to perform an action and how to efficiently and clearly convey that idea to a teammate. Being a good leader also means being understood by the team and therefore, being a good teacher.

Finally, circling back to the very roots of CS:GO, a good leader must also display the ability to be the difference maker in tight and important games. Astralis’ Lukas "gla1ve" Rossander has represented this incredible characteristic for a while. Beyond his amazing ability to read the game and call the right tactics at the right time, gla1ve was also able to get stuck in and frag their heart out when someone needed to step up and take this responsibility.

Years ago, it was commonly accepted that the In-Game Leader could possibly be a weaker individual player if their tactical knowhow was good enough to compensate. This isn’t possible anymore and nowadays, to sit on the throne, any team needs five extremely capable players.