Ben “Noxville” Steenhuisen shares his insight into the teams competing at ESL One Stockholm 2022, ranking the teams in a tier list. Read on to find out more.

It’s been almost a year since the last Dota2 major took place, but it feels like an eternity. Since then, there’s been just two significant international LAN events, The International 10 and the Gamers Galaxy Invitational, so fans are clearly salivating for the upcoming ESL One Stockholm Major.

And there’s plenty of pressure on the participating teams to perform if they want to cleanly qualify for this year’s edition of The International - as a win in Sweden is likely enough to secure the first invitation.

Compared to pre-lockdown times, we’ve been exposed to an absolutely tiny amount of cross-regional play. This means that historic rating data is pretty good at ranking local regions, but limited when looking at the bigger picture. Any potential analysis is even further distorted by the fact that some teams perform much better (or worse) against out-of-region teams compared to teams from their own region. To add the cherry on the top, no Chinese teams will be attending ESL One Stockholm due to travel issues connected with COVID-19.

As a result, this power ranking will feature some broad tiers, with only a more precise breakdown for the top tier.

Somewhat hilariously, Mind Games had to win just two series to qualify for the major after one of the other Eastern Europe (EEU) teams, Outsiders, were disqualified. Due to travel restrictions, Mind Games will likely need to use substitutes for Danil “Bignum” Shekhovtsov and Semion “CemaTheSlayer” Krivulya – which could put a big dent in their hopes for this major.

The overall winner of the EEU qualifier was BetBoom Team, a stack featuring big names like Akbar “SoNNeikO” Butaev and Nikita “Daxak” Kuzmin, amongst others. This is the type of dark horse team that could be expected to make some big upsets in their journey but often rely on being the meta-defining, not meta-adapting team. It’s always hard for newly formed teams to have the depth to win something like a major - especially with the new major format.

beastcoast have been together longer than any other team ever in Dota 2 history, but so far this year, they’ve not been firing on all cylinders - placing third in the South America Tour 1, and second in Tour 2. They did bounce back for the Tour 1 Regional Finals, but this local inconsistency suggests international success isn’t on the cards this year – as historically when they were good internationally they were also dominating locally. It could just be a sign of a patch not suited for them, or perhaps it’s a sign that South America is becoming more competitive - but their overall stock seems a bit low right now.

T1 have struggled to find their form of last year, yet they ultimately placed third in both tours this year. They did perform well enough in the Tour 1 Regional Finals to inspire some hope, and last year they were a surprise breakout team when on the international stage. It’s possible that the lack of Chinese teams at this major will help them out (they were knocked out of The International 10 by PSG.LGD and Vici Gaming in the playoffs) and C-tier might be selling them short, but this is a very open field and I think there are a few other teams slightly ahead of them.

Gaimin Gladiators (formerly Team Tickles) have a 14-4 win-loss record in series across both Western Europe leagues and Regional Finals this season, a truly impressive feat. The only negative is their lack of experience; Marcus “Ace” Hoelgaard is the only veteran player on the team (1404 games, 423 of those on LAN). For the rest of his team, experience is sparse - especially on LAN, which can be a totally unforgiving environment.

Fnatic and TSM both looked reasonable in their regional leagues (placing first in SEA and second in NA respectively) but failed to deliver at Gamers Galaxy. Fnatic have been decent in SEA leagues; however, they fell flat in the Tour 1 Regional Finals. TSM fared slightly better - they came second in both NA leagues and won their Regional Finals. Balancing this out is the slightly deeper depth within SEA, but either of these teams could sneak into the top eight (or beyond) in Stockholm.

The Thunder Awaken organisation might be remembered for bringing chaos to last year’s first major, but their current team is completely different from the 2021 squad in both composition and general strategy. Their games are way more complete and they are winning with a variety of different strategies and playing more holistic than hyper-aggressive or cheesy Dota which South America has been known (and feared) for. This led to them having two seasons with a 7-0 series record (a combined 28-2 game record) and becoming leaders in most of the key statistics. The only downside for them is a lack of international match experience, though they did clean up at two BTS Pro Series events which included NA and SA teams.

When the TI-winning OG squad slowly retired, there were not high hopes for a squad featuring three younger players teamed up with Tommy “Taiga” Le (who is relatively untested outside of his periods spent in the Alliance and Team Liquid squads) and Mikhail “Misha” Agatov (well-known in Western and Eastern Europe Dota leagues, but without huge success). Somehow, the combination worked well at the start and only got better, with them placing fourth in Tour 1, third in the Regional Finals, and then first in Tour 2.

Western Europe is also touted to be the hottest region coming into the major (remember, China will not be represented) so their success is no mean feat, although recent reports suggest that “Misha” will be replaced by Sebastien “Ceb” Debs for the major because of visa issues. This is a double-edged sword: “Misha” is certainly a huge part of this new OG squad’s core identity, but there is no better substitute for the team than “Ceb”, someone who has played a key role in leading and motivating this team.

A TI10 mini-shuffle saw Evil Geniuses swap Daryl Koh "iceiceice" Pei Xiang and Tal “Fly” Aizik for Egor “Nightfall” Grigorenko and Jesse “JerAx” Vainikka, and to many, this was a downgrade and perhaps a signal of a larger upcoming EG restructuring. DPC Tour 1 didn’t start off well for them and despite clawing their way back to third place, it wouldn’t have been enough to qualify for the first major which was a huge disappointment.

Luckily for them, that first major was cancelled and they performed well enough at the Regional Finals to place second. It took some time to get their groove going, and in Tour 2, they claimed first place, despite needing tiebreakers to do so. This newfound momentum, coupled with their 6077 combined professional games of experience, form a considerable advantage for them going into the Stockholm major.

A lot of hype surrounded Team Liquid when they were formed from the remnants of the old Team Liquid and Team Secret squads, and although their first appearance was not amazing (a fifth-sixth place finish in OGA Dota PIT Season 5), they caught up to speed quickly and won the first Tour of the season, placing second in the Regional Finals. By Tour 2, many of the other teams had kicked into gear and made the league more competitive - but Liquid managed a third-place finish.

Like EG, they boast a huge amount of experience, both online and on LAN. The triplet of Michael “miCKe” Vu, Samuel “Boxi” Svahn, and Aydin “iNsaNiA” Sarkohi have been together for 737 professional matches now (only behind various subsets of NaVi, Liquid, and VP) - so it’s expected that they will be on the same level as EG.

(3rd) Team Spirit came out of nowhere to win The International 10, and nobody can claim they had a lucky path in doing so – as they defeated all the biggest teams in their journey to the title. During the Gamers Galaxy event, they played with a substitute, yet still managed a fourth-place finish. While the Eastern Europe region had an accelerated major qualifier in which Spirit did lose 1-2 against BetBoom, they recovered well and qualified after three wins in a row. They are lacking some amount of readiness given they have played so few official games, but as The International 10 winners, they should have no difficulty finding highly skilled practice partners.

(2nd) Tundra were perhaps the unluckiest team to not attend The International 10, yet haven’t taken their gas off the pedal. They’ve not finished worse than fourth in the variety of online events and qualifiers since The International, and they came very close to snatching first place at the Gamers Galaxy LAN event. In Dota Pit Season 5, they came from behind to take down Team Spirit in the grand finals. Their drafts are minefields for the enemy with Leon “Nine” Kirilin willing to play seemingly any hero in the mid-lane, and Neta “33” Shapira has an assortment of speciality heroes which need banning or countering.

(1st) Even though BOOM Esports came second in the most recent SEA tour, they didn’t lose a regular-season series of Dota - instead suffering disqualification from one game due to adverse weather affecting their internet. At Galaxy Battles, they went 13-5, only dropping games against Tundra and Nigma Galaxy. They may have played the most games of the event, but also featured a wider pool of heroes (38, compared to Tundra’s 34). BOOM’s tempo is driven by their Mid-laner, Erin Jasper “Yopaj” Ferrer, who averaged a kill or assist every 1:42 minutes at Galaxy Gamers - by far the most active player, and he will very likely be an MVP candidate at the major should he continue in this fashion. 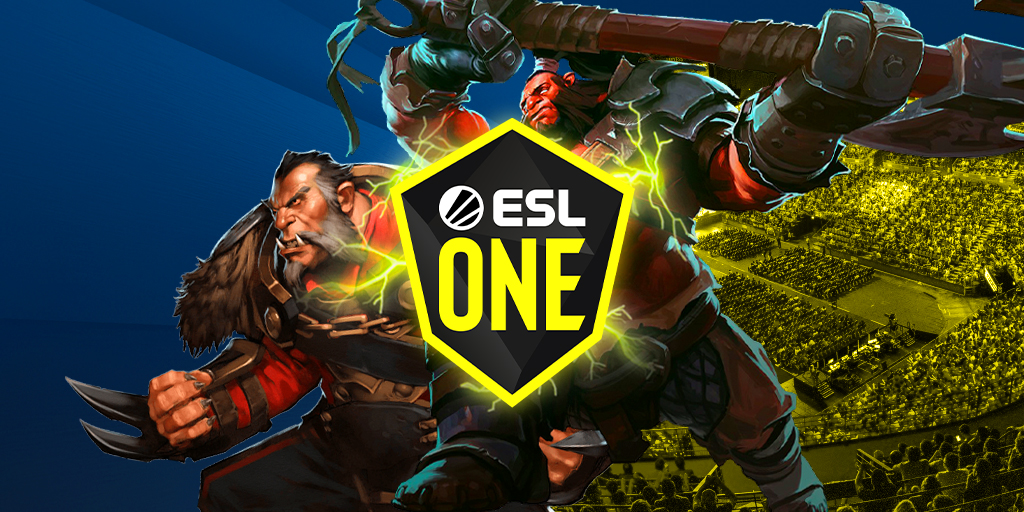 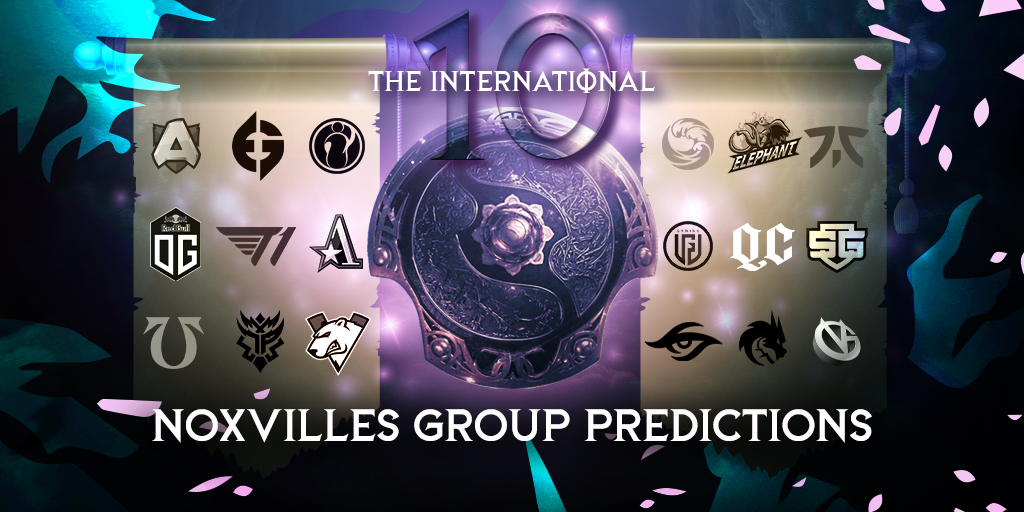 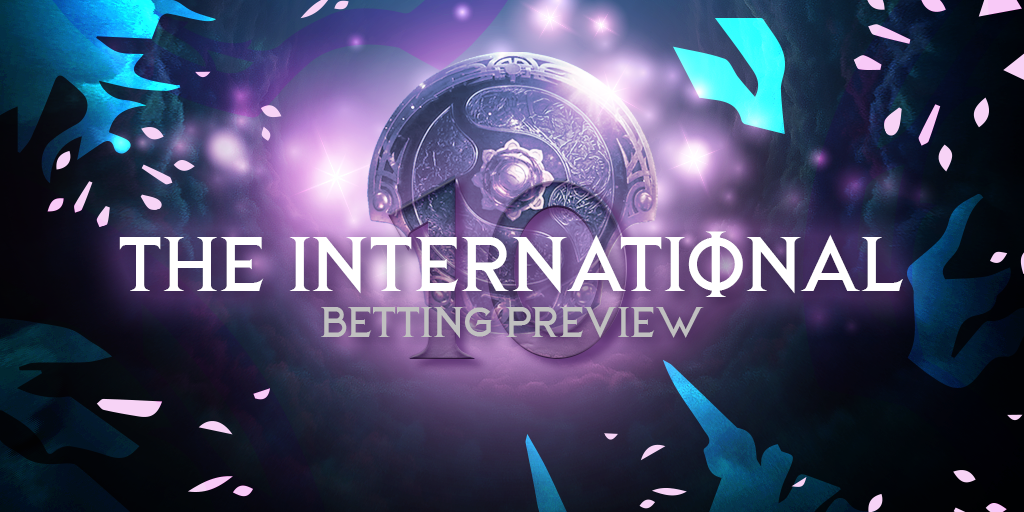