Over the years, eSports has grown in many different ways. It has allowed us to play with our friends and humble brag when we get the game winning kill but it has also allowed us to watch the very best show us how to play. We are going to take a look back at the top 10 eSports moments of the last 20 years.

Disclaimer: This list is not definitive, there are many different eSports moments that have taken place over the years and today we will be highlighting ten which I feel deserves a shoutout.

DOTA 2 – The Fountain Hook, The International 3

DOTA is one of those games where you either love every aspect about it or enjoy it and can’t stand the way the meta works (of course, some people don’t like it altogether). If you know anything about DOTA 2, the fountain hook really needs no introduction and it shouldn’t come as a surprise that it features as one of our top eSports moments from the last 20 years.

Whilst there are several ways to avoid the fountain hook, such as not getting caught by it in the first place, there is a high chance that you’ll get too caught up in the action to react to it in time – as every DOTA 2 veteran will remember.

Dendi not only managed to pull off the fountain hook during TI3, he managed to pull it off seven times, against the same team, on the same map all within a roughly 30-minute time frame. Eventually there wasn’t a lot TongFu could do to stop it happening, which ultimately resulted in Na’Vi winning the match.

League of Legends – Back Dooring, XPeke

Back dooring in League is essentially letting the enemy team walk out of their base, whilst you and your team stroll into the enemies base to try and win the game.

It’s IEM Season 7 Katowice and XPeke is on Kassadin. By this point, we thought people might have learnt the rules of XPeke; don’t leave Kassadin unbanned when he’s in a match, because he will destroy anything and everything!

FN.RC (Fnatic) were playing SK in the group stage, by the 50-minute mark, SK were knocking on Fnatic’s door, and then destroyed two inhibitors before retreating back to their half. Fnatic followed up by racing into SK’s base to try and win the match, destroying all the Nexus towers in the process.

After realising they couldn’t close out the game, Fnatic retreated with SK chasing them down. Kassadin teleported into SK’s base only to have an Olaf try and chase him down. Before SK can recall back to base, the Nexus is destroyed. Keep your eye in the left hand corner of the mini-map.

Team Liquid and FaZe took overtime to a new level at StarSeries. After both teams decided that neither of them were going to give the other any breathing room, they decided that they wanted the match to go the length of doing an entirely new map.

The scene: Liquid 14-15 FaZe. Inferno. A bomb site near the arch. This almost seemed routine for FaZe: get into the site, defeat the enemy players and defuse the bomb. But Liquid decided they weren’t going to play the objective, and then turned around winning by elimination pushing the match into overtime.

The fun didn’t stop there - during OT3 the bomb was only fractions of seconds away from being defused before rain decided to poke his head around the corner and line it up against nitro to make it go to OT4. Finally, FaZe decided that enough was enough during OT4, and ended up winning with a final score of 28-26. What makes this even better is that it was map two in a Bo3 series?

Wards. That is all. Moving on from The International 3 to The International 5. This isn’t just a great moment in eSports, it’s a great bit of eSports history. It’s the Grand Finals of TI5, Evil Geniuses (EG) against CDEC, in this Bo5 EG leading 2-1.

To start it off, the match was already at a point where both teams are well established and had a reasonable economy. CDEC found one of EG.Sumai roaming around their jungle, stun locked him, burned a few skills, then killed him. CDEC decided the best course of action now that EG was one man down was to go kill Roshan. Not taking this move lightly, EG decided that it was all or nothing and opted to contest Roshan.

The rest really speaks for itself. Earthshaker used his echo slam and with a combination of ice blast coming in as well, EG were all but wiped out with one person from CDEC who managed to escape with a quarter health.

You would be forgiven for thinking it was all over for Fnatic at the Worlds in 2017. They were 0-4 in the Group Stage, the team had already confessed that they are not seeing eye-to-eye with each other and there were issues behind closed doors.

While it wasn’t the end for Fnatic, they were walking a fine line. They then somehow managed to win their first match against Immortals, but they weren’t out of the woods yet. Their next match against Marines went in a similar way; win the early, win the mid, win the game. They continued that trend until they finally went 4 – 4 in the groups. Unfortunately for Fnatic, they were up against Royal Never Give Up in the first round and lost 3 – 1.

Fl0w3r plays just about any hero well, but this one stands out the most. The Overwatch World Cup 2017, South Korea vs. USA. If there was ever a point that you would want to show the world that you are a dominating fighting force, this is it.

It’s hard to pinpoint this specific highlight but if we look at Hanamura, South Korea are walking through the double doors and Fl0weR gets left alone in the vantage point, managing to avoid the entire enemy team whilst he picks them off one by one.

Not all great moments are around specific teams or great plays – sometimes it’s what happens behind the scenes at live events, the preparation needed and hard work that goes into every aspect of the competition

We had already seen a pretty amazing cinematic trailer for Worlds from Riot, featuring Imagine Dragons’“Warriors”. What made Worlds even better was the live collaboration with Imagine Dragons coming out onto the stage, complete with live orchestra to perform Warriors.

While it didn’t have any big plays, it did send the defining message to the world that eSports is growing in many different ways, from sold out arenas to working with main stream bands and groups. Pro tip: Skip to 3:49 if you want to see Imagine Dragons.

If there was ever one single Smash match you should watch, this would be it. It was the Grand Final of the EVO 2016 Melee tournament. Hungrybox had already won the first Bo5 after an incredibly close encounter against Armada’s Fox. Armada, who was also on his last stock, received a series of wombo combo’s from Hungrybox pushing him out of the arena, forcing another Bo5 series from 0-0.

During the second series, both Armada and Hungrybox managed to keep the scores even going one apiece until they arrived on their last map - the Pokemon Stadium. By the end of the match, it was almost inevitable that Hungrybox had it in the bag and they went on to win the Bo5 series, 3-2.

Rocket League fans will appreciate that this was probably one of the biggest clutch plays that could of happened in Rocket League, even more so because it forced the overtime in the Grand Final of the Rocket League Championship series.

Four seconds left on the clock, NRG went out of their way to keep that ball off the ground, hitting it in almost every corner and side on the stadium. The timer hit zero and NRG looked for even the slightest bit of hope to get past Dignitas, which eventually it did in the form of the ball going above the goal, only to be knocked in by jstn.

It’s not really a greatest moments list for any kind of competitive game unless we include Daigo.

Both players were 1-1, Daigo on Ken, Justin as Chun-Li. In the critical moment of the match, neither player wanted to edge forward and Daigo was one hit away from dropping. At the climax of the match, Justin uses his ultimate and charges towards Daigo and in a rare display of skill and talent, Daigo manages to counter every single hit of that finisher only to then turn it around, by using his own finisher to win the match. 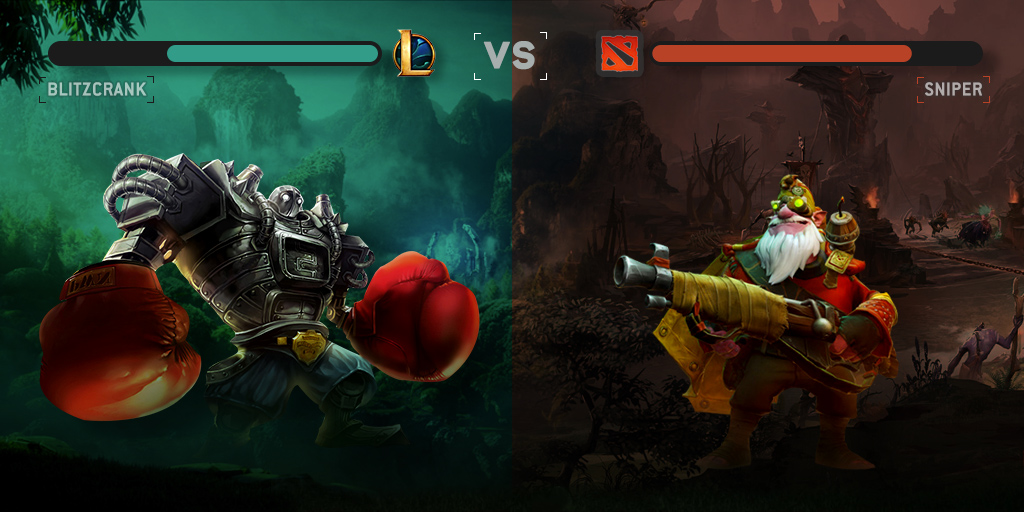 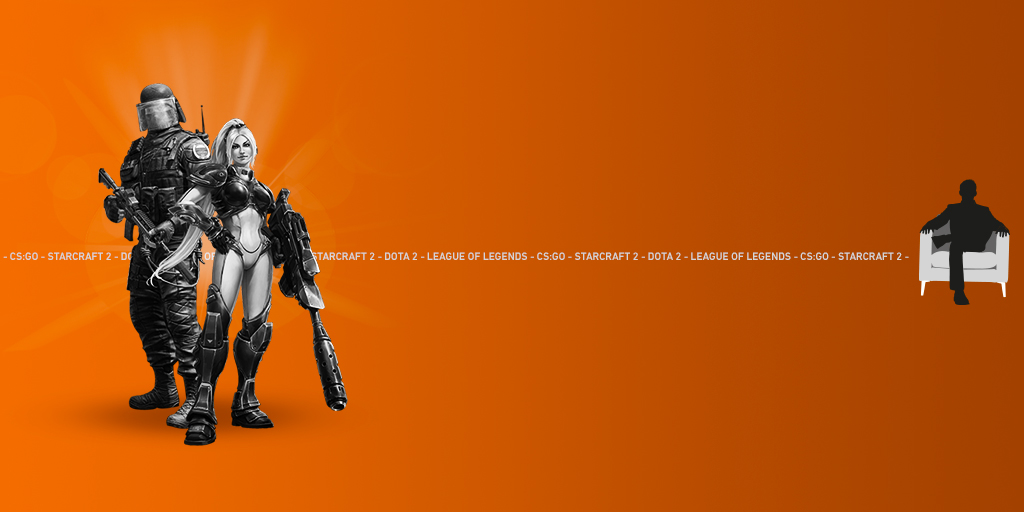 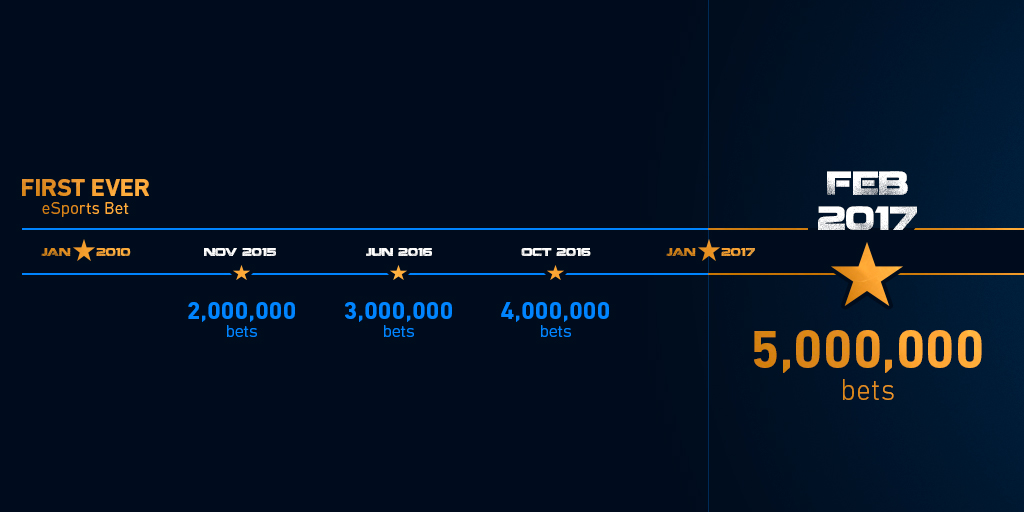