The talk of Group E will without doubt be dominated by three-time European Championship winners Spain, who join Poland, Slovakia, and Sweden in their quest for the knockout stages. Read on to inform your Euro 2020 Group E betting.

Spain were lauded as potentially the best national team of all time when they won back-to-back European Championships in 2008 and 2012, not forgetting their 2010 World Cup triumph inbetween. In recent years under Luis Enrique, it has been a rebuilding job after several mainstays retired following long and illustrious careers on the international stage.

Spain are loaded with young and technically impressive talent.

Controversially, Enrique only chose to call up 24 players to his squad, which did not include veteran centre-back Sergio Ramos, meaning will miss a major international tournament for his national team for the first time since Euro 2004.

Alvaro Morata will also be hoping to get amongst the goals. The Juventus forward has scored nine goals in Serie A this season and is likely to be picked by Enrique as Spain’s only traditional centre forward. The 28-year-old is an outsider at 29.040* to win the Golden Boot at Euro 2020.

Tactically, we shouldn’t expect much change from Spain. Enrique’s style has largely followed on from the success of his predecessors, in particular Vicente del Bosque. A familiar team loaded with young, technical and ball-playing talent sprinkled with the experience of David De Gea and Koke will be hoping to progress past the Round of 16, a feat that has not been achieved at any tourmament since their Euro 2012 success.

Spain are not among the favourites to win Euro 2020, largely due to the ongoing revamp of their team. They are 7.800* to win the competition, falling behind the likes of England, Belgium, France, and Germany in the outright market. A strong start to the tournament will be key for Spain, who are 1.396* to begin Euro 2020 with a win against Sweden.

For the first time in their history, Poland have qualified for a third major tournament in a row. During their previous Euros appearance in 2016 they reached the quarter-finals, losing a penalty shootout to eventual winners Portugal. The feat was seen as a relative success in Poland but followed with a poor showing at the 2018 World Cup, where they finished bottom of their group.

Poland will look to play to the strengths of their star forward Robert Lewandowski.

Poland can boast plenty of experienced stars who ply their club trade across Europe, including goalkeepers Wojciech Szczesny and Lukasz Fabianski, Kamil Glik at the heart of the defence, Grzegorz Krychowiak in midfield, and the consistently impressive Robert Lewandowski in attack.

Goal-scoring machine and 2020 Champions League winner Lewandowski remains one of the deadliest centre forwards on the planet, with no player in Europe’s top five leagues outscoring the Bayern Munich striker this season. As Poland’s all-time leading goalscorer with 66 goals in 118 matches, Lewandowski is priced at 18.990* to finish Euro 2020 as top scorer. However, to do so he will need to improve upon his record at major international competitions, which has brought just two goals in three tournaments.

Poland are likely to be in a three-way battle for second place in Group E, with Spain expected to be comfortable group winners. Paulo Sousa’s side kick off their tournament against Slovakia, where they’re favourites to commence with a win at 1.714*. Perhaps ominously, Slovakia did emerge victorious from three of the last four meetings between the pair, including a 2-0 victory in their last match in 2013.

Despite this, Poland are among the outsiders to watch at Euro 2020. Having been ranked fifth in the FIFA World Rankings as recently as three years ago and with the arguable best striker in the world at their disposal, 98.610* on Poland to win Euro 2020 could prove a value bet.

Having made their Euros debut in 2016, Stefan Tarkovic's Slovakia will be hoping to build on their growth as a national team. Since the break-up of Czechoslovakia in 1993, they have only qualified for the 2010 World Cup and Euro 2016, reaching the Round of 16 on both occasions.

Only three teams at Euro 2020 have a longer outright price than Slovakia.

As the lowest-ranked team in Group E, Slovakia are expected to be eliminated from the group stage. To stand any chance of qualifying for the knockout stages, they will likely need positive results in their opening two fixtures before they face Spain in their final match on June 23.

Former Napoli man Marek Hamsik is Slovakia’s all-time top scorer and their most-capped player. Now aged 33, he plays his club soccer in Sweden but remains a key player for his national team. The midfielder made his debut for Slovakia in 2007 and captained the side for the first time at just 21-years-old.

Another player to watch is Milan Skriniar. The centre back will join up with the squad as Serie A champion with Inter Milan, and boasts an excellent passing range that will be vitally important for Slovakia’s preference to build up play from defence.

Slovakia are lengthy outsiders at 13.140* to win Group E and 134.410* to win the tournament outright, with only three teams at Euro 2020 sporting a longer price. As a consequence, the points markets could be where the value lies with Slovakia. Tarkovic’s side are outsiders in each of their three group matches and as a result are priced at 2.060* to pick up under 1.5 points in Group E.

Sweden will enter Euro 2020 looking to build on their strong performance at the 2018 World Cup, where they reached the quarter-finals. Janne Andersson's team looked impressive in qualifying and they finished just five points behind Group E rivals Spain and ahead of neighbours Norway.

Sweden's most significant strength is tactical discipline and defensive organisation.

Sweden are the second-highest ranked side in Group E behind Spain and will fancy their chances of progressing to the knockout stages, a feat they haven’t achieved in this competition since 2004. Andersson’s side are favoured by the odds to qualify from Group E at 1.625*.

Andersson was initially hoping to call upon Zlatan Ibrahimovic five years after he originally retired from international soccer, but those plans were disrupted after it was announced that he will miss the tournament through injury.

Instead, their main attacking threat will be the talented Dejan Kulusevski, who will be familiar to those with a keen interest in Serie A. The 20-year-old has been one of the few bright sparks in a disappointing season for Juventus. A sublime dribbler, Kulusevski has the ability to drift by almost any opponent with a combination of pace, skill, and great balance, and he will likely relish the chance to perform on the international stage.

Sweden are certainly among the outsiders for Euro 2020. They are 42.800* to win the tournament, which is a fair reflection that Andersson’s squad isn’t where it needs to be to mount a challenge in the latter stages.

Don't forget to read our previews for the other Euro 2020 groups: Group A, Group B, Group C, Group D, Group F. 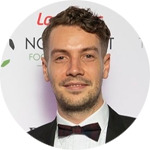