Group A at Euro 2020 has a rich pedigree in international competition, featuring four-time World Cup winners Italy, seasoned performers Switzerland, Euro 2016 semi-finalists Wales, and a fast-improving Turkey team. Read on to inform your Euro 2020 Group A predictions with insight, stats, and more to help you gain the edge.

Italy were surprise finalists at Euro 2012 before losing to Germany on penalties in the Euro 2016 quarter-finals. Five years later, ‘Gli Azzuri’ are returning to the European stage under Roberto Mancini, who is moulding his young and ambitious squad into more than plucky underdogs.

Italy could be well-geared for their best performance at a tournament since they reached the Euro 2012 final.

Their key player to watch is Ciro Immobile. The 31-year-old has matured since returning to Serie A in 2016, having netted at least 20 goals in all competitions in all but one of his five seasons at Lazio. He is ably supported in attack by Lorenzo Insigne, Andrea Belotti, and the youthful Federico Chiesa.

However, perhaps their greatest asset is their midfield, which is comprised of the experienced Jorginho and Marco Verratti alongside rising stars Manuel Locatelli, Nicolo Barella and Sandro Tonali. Their blend of styles could prove pivotal to their progress in the competition.

Italy have been historically fabled for their defensive strength, with stalwarts Leonardo Bonucci and Giorgio Chiellini expected to make the squad and Alessandro Bastoni on hand to deputise.

Despite not being among the firm favourites to lift the trophy, Italy haven’t lost a competitive fixture since their 1-0 defeat to Portugal in 2018. More impressively, Mancini’s side qualified as group winners with 10 victories from a possible 10 while conceding only four goals in the process.

Such winning momentum could be the catalyst for a long run in this tournament, and they could be well-geared for their best Euros performance since they reached the final in 2012. The opening match of the tournament has Italy the 1.523* favourites to defeat Turkey (8.350*). They won their last three matches 2-0, so Italy to score over 1.5 goals is available at 1.781*.

Switzerland will enter Euro 2020 looking to build upon their Round of 16 exits at both Euro 2016 and the 2018 World Cup. They qualified by topping their group ahead of Denmark by just a single point, with their campaign witnessing high-scoring victories over Georgia and Gibraltar and a crucial 2-0 win against the Republic of Ireland.

Vladimir Petkovic can arguably call upon the most experienced group of players within Group A.

Their notable names include captain Granit Xhaka, current top scorer Xherdan Shaqiri and forward Haris Seferovic, as well as Borussia Monchengladbach duo Denis Zakaria and Breel Embolo, who are both approaching the prime of their careers.

Manager Vladimir Petkovic will need to harness the enigmatic talents of Shaqiri if the team are to at least match their last-16 appearance in 2016. However, it will be the midfield physicality of Xhaka that he will likely build his side around while hoping the rampaging forward runs of full-back Ricardo Rodriguez are still as impactful as at previous tournaments.

Switzerland have somewhat refreshed their attack since 2018, with the likes of Rangers’ Cedric Itten, Celtic’s Albian Ajeti, and FC Augsburg’s Ruben Vargas all hoping to earn a place in their Euro 2020 squad.

Petkovic can arguably call upon the most experienced group of players within Group A, and achieving the target of a quarter-final appearance isn’t beyond the realms of possibility for this talented team.

Turkey are an enigma on the international stage, with a history punctuated by lengthy absences from major tournaments before unexpectedly impressive performances when they do qualify.

Turkey lost just one game en route to finishing second behind France in their qualifying group.

For instance, having not played at a World Cup since 1954, they finished in third in 2002 in Japan and South Korea, and then repeated the feat at Euro 2008. While they failed to progress from their group at Euro 2016, there is a growing consensus that their squad is well-balanced and ready to compete.

35-year-old forward Burak Yilmaz is enjoying a swansong to his career and leads a versatile attack that also features Kenan Karaman, Enes Unal, and Besiktas’ Cenk Tosun. However, since 2016, their squad has been installed with a new generation including defensive duo Caglar Soyuncu and Ozan Kabak, and Lille’s attacking midfielder Yusuf Yazici.

Turkey lost just one game en route to finishing second behind France in their qualifying group and also recently beat the Netherlands 4-2 in a World Cup qualifier. Hakan Calhanoglu scored in that fixture and the AC Milan midfielder is the both team’s lynchpin and creative spark. Ozan Tufan and Cengiz Under can provide attacking width, with the former enjoying a tendency to score crucial goals, such as in their 1-0 win over Andorra in 2019.

Turkey are narrowly predicted to finish third in the group behind Switzerland. While Italy are the front-runners, backing Senol Gunes’ side to progress to the knockout stages could be an interesting option with their blend of youth and experience.

Wales offered the fairy-tale story of Euro 2016 by reaching the semi-finals, where they lost against eventual champions Portugal. After failing to qualify for the 2018 World Cup, their passionate fans will be dreaming of another lengthy run in the tournament.

The bulk of the Wales squad that competed at Euro 2016 is still intact.

While they will be without suspended manager Ryan Giggs, their team will still be led by captain and all-time top scorer Gareth Bale. He is the fulcrum of not just the attack but how the entire team operates, often picking the ball up in deep areas before embarking on a trademark lung-busting run.

Bale has netted 33 international goals in his career, and while the 31-year-old has proved his ability to manage the weight of expectation, the outcome of Wales’ tournament will largely depend on keeping the forward who has struggled with recurring injury issues fit.

Aaron Ramsey will also be pivotal to Wales’ success in the competition, he spearheads a midfield with bountiful options including Joe Allen, Jonny Williams, Harry Wilson and young star Ethan Ampadu. Attacking width will be provided by Bale alongside Dan James and Tom Lawrence, as well as the more physical presence of Kieffer Moore.

It may seem easy to inherently label Wales the underdogs for Group A, but they thrived in a similar situation at Euro 2016, topping a challenging group comprised of England, Russia, and Slovakia. With the bulk of their squad that competed in France still intact, they will be capable of drawing on prior experience in an attempt to create more history this time around. 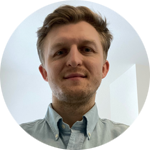 Charlie Dear
Charlie graduated in BA Hons Sports Journalism in 2015 and has a keen interest in European soccer – particularly in Germany. He has since gained experience writing for newspapers, online magazines and within the sports betting industry before joining Pinnacle. Charlie likes to delve deeper into the stories the sporting world is talking about and look at things through a predictive lens.
See more articles by Charlie Dear Show team
Show more Show less