Gambling as a past-time has traditionally been the preserve of men. However, the explosion in popularity of online betting and other forms of gambling-related ‘entertainment’ has meant there are more women gambling than ever before. What’s more interesting is whether men and women bet differently and what, if anything can either sex learn from each other about what works and what doesn’t.

For clarity, the vast majority of bookmakers only give the option of identifying yourself as male or female as you would have been designated on your birth certificate. As such, the data is only reflective of what individuals have chosen at the point of sign-up.

If the surveys are to be believed, a third of men have placed a bet online in the past 12 months compared to a quarter of women in the UK (the world’s biggest betting market in terms of the ratio of customer numbers to population). So the gap is smaller than ever before and potentially ever-shrinking.

Historically, men have always tended to bet on sports more than women and this remains true. An online study in the US showed 73% of men choosing sports betting as their preferred activity, with only 40% of female players saying that was their favourite gambling activity.


On average, men will deposit £94 in an online betting account, compared to £67 for women.

Somewhat contradictory to some of the data later in this article, women prefer bingo - one of the worst games in regards to the Return to Player (RTP) ratio - and this is evidenced by the number of bingo sites that target female players.

In terms of the sports that women bet on, these tend to be the same as what men are watching and betting on, i.e. the most popular and high-profile sports. In the US, women will bet on the major leagues such as the NFL and NBA and in the UK, women will be more likely to bet on soccer.

Who gambles more? Men or women?

Interestingly, one study shows that women who bet tend to bet for a longer duration - 21 months of their lifetime compared to 14 for men. However, while men may bet for a shorter duration overall, they tend to spend twice as much time on gambling activities and conduct more frequent gambling sessions than women do

According to one study, on average, men will deposit £94 in an online betting account, compared to £67 for women.


Women can also be more profitable bettors than men. A study by bookmaker 888 in New Jersey showed that their female customers had a 19% ROI over a 12-month period, compared to their male customers who experienced a loss of 4.6%.

Although, that’s not the whole picture. Breaking this down further, younger women in the 18-24 age group made a loss of around 43% which was worse than men of a similar age. However, older women (25+) made a solid 29% ROI on their bets.

Reasons for the differences

The data is interesting in itself but why might women and men bet differently? It’s important to note that these are general trends across large customer databases. So individual men and women will bet differently and the vast majority of this sample size will be recreational bettors – professional sports bettors will, of course, bet remarkably different to a casual bettor.

Some bookmakers will take into consideration the differences between male and female bettors and will alter their approach to customers based on their gender, with some well-known bookmakers’ stake factoring female accounts to as little as a 10th of male accounts. What this means in practice is that female accounts may be looked at more closely, be subject to lower betting limits, and be restricted more quickly.

We know from studies in other fields that women are generally more risk-averse than men - which could explain why they deposit less and lose less. Throughout history, we have seen significant biological differences and environmental factors that have incentivised men to take more risks.

Part of this is evolutionary and our hunter-gatherer heritage, where the physically stronger men would need to weigh up the probabilities of hunting their dinner, and the women would be the nurturing influence, raising children.

Successful betting requires an understanding of underlying maths and probability as well as assessing risk. This tends to attract men who dominate fields such as maths, programming, and engineering but these career paths are also becoming more and more popular with women and this dovetails into more women taking their betting seriously.

Betting has historically been associated with wealthy individuals, particularly in the case of casinos or horse racing. At one point in history, women were barred from some such establishments or were a rarity in any case.

73% of men chose sports betting as their preferred activity compared to only 40% of female players.

The stigma of gambling that still persists could perhaps be a factor in the fact that fewer women gamble than men, as female gamblers may fear being met with disapproval if they admit they enjoy gambling. Bingo is an interesting case in point, as its format is seen as more socially acceptable as a game and an evening out, which has led to its popularity with women that’s now translated into a plethora of bingo sites catering to female customers.

In terms of modern-day betting, many women, being more risk-averse, will look at betting opportunities as potential investments rather than pure entertainment. In fact, studies have identified that 20% of women are frequent purchasers of data analytics tools to improve their betting compared to 15% of men. As shown by the smaller deposit sizes, women are also more likely to test systems and reduce their risk initially, maintaining more discipline over their bankroll than men.

Anecdotally, from looking at the most popular matched betting and arbitrage sites, there appear to be significantly more women members in the various sports tipping groups/forums that I am a part of, which makes a lot of sense for the reasons listed above. Both matched betting and arbitrage are a more secure way to guarantee a profit and steady income, and require an analytical mindset so betters are less prone to impulse bets on games being watched.

As we also know, men are more frequent consumers of sports media and coverage (although this gap is shrinking) and therefore are more likely to be emotionally involved in the process of betting.

What seems evident from the above, is that as a whole, women tend to bet smarter than men, at least at a recreational level. In fact, women tend to do these things better:

You’ll notice that these are the essential foundations for any successful bettor. There is nothing stopping men (or any other gender individuals may identify themselves as) from doing these things too!

Head on over to Betting Resources to read about the advantages of betting with Pinnacle's margins or learn more about psycology and strategy from Neel Shah. For favourable odds, low margins and high limits, sign up with Pinnacle.
BR Home
See the latest odds here 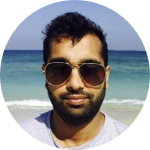