This Sunday, two of the great global soccer powers will meet in the final of the 2021 Copa America as Brazil take on Argentina. The two sides both arrive in the final in great form with star men Neymar and Lionel Messi dominating the competition. Who will come out on top? Read on to inform your Copa America final predictions.

win your way when you bet on the copa America final

Get great odds on the Copa America 2021 final with Pinnacle

Lionel Scaloni’s Argentina are unbeaten in 19 games in all competitions (11 wins and 8 draws) which is their second ever longest undefeated streak. Meanwhile, Tite’s Brazil are undefeated in 13 matches, winning 12.

Argentina’s last defeat came against Brazil in the 2019 Copa America semi-finals, while Brazil’s most recent loss came against Argentina in a 2019 friendly. Brazil have not lost a game in the Copa America on home soil since a loss against Peru in 1975.

One of these sides' impressive unbeaten streaks will come to an end on Sunday in the Copa America final.

Brazil and Argentina are viewed by fans around the world as the great powers of South American soccer, but in fact neither holds the record for the most Copa America wins. Uruguay have lifted the trophy on 15 occasions, while Argentina have enjoyed 14 wins and 2019 champions Brazil have won the world’s oldest national team competition on nine occasions.

The two sides have met 107 times in all competitions, with Brazil winning 43 matches, Argentina winning 39 and the two sides playing out 25 draws. The two giants of the continent have played each other 33 times in the Copa America, with Argentina emerging victorious on 15 occasions and Brazil winning 10.

Brazil vs. Argentina: Scaloni vs Tite

The two managers have had an incredible impact for their team and are key in understanding the recent improvements both sides have made.

Brazil’s upturn in results under respected boss Tite was certainly more expected. He replaced Dunga, whose tenure was regarded was dour, negative, and ineffective during his time in charge. Brazil were struggling to qualify for the 2018 World Cup prior to Tite’s appointment but ended up winning the CONMEBOL qualifying group with ease.

Lionel Scaloni’s Argentina are unbeaten in 19 games in all competitions (11 wins and 8 draws).

Tite possesses an impressive CV, which includes winning both the Copa Libertadores and Club World Cup with Corinthians in 2012. He has a reputation of building very efficient, organised, and effective sides, allowing the current team to rely on a very solid foundation while the likes of Neymar exercise their attacking talents.

Meanwhile, Scaloni took over from the talented but divisive Jorge Sampaoli as Argentina manager after a respectable but fractious 2018 World Cup campaign. Many saw Scaloni as a temporary and affordable short-term option as they looked for a more experienced and permanent coach, particularly as he possessed no experience of managing at neither club nor national level.

The 43-year-old has thus exceeded the expectations of many. He has not only kept his big stars happy and motivated, but he has also hugely improved Argentina’s cohesion and persuaded his squad to fully embrace his tactical vision.

Both teams approach this final with a wealth of hugely talented potential match-winners, but their recent domination in South America has been built on each manager’s focus on defensive solidity and tactical cohesion. These are two teams whose impressive unbeaten streaks are built more upon clean sheets as opposed to the performances of their superstar forwards.

Both Brazil and Argentina finished top of their respective groups. Brazil opened their campaign with dominant wins against Venezuela (3-0) and Peru (4-0). In the third game, they found things more difficult against a strong Colombia side but came from behind, scoring a 100th-minute winner to earn a 2-1 victory. In their final group stage fixture, a rotated side drew 1-1 with Ecuador.

One of these sides' impressive unbeaten streaks will come to an end on Sunday in the Copa America final.

Argentina also finished on 10 points in the group stage, although they found things a little more difficult in Group A. They began with a draw against Chile (1-1) and then won narrowly against Uruguay (1-0) and Paraguay (1-0). They finished the group stage with a very comfortable 4-1 win against Bolivia, the weakest side in this year’s competition.

In the quarter-finals, Brazil secured a narrow 1-0 win against Chile despite Gabriel Jesus’ red card just after half-time, and then picked up another 1-0 win against Peru in the semi-finals.

Argentina produced their most dominant and impressive performance against Ecuador in the quarter-finals with a comprehensive 3-0 win. In their semi-final tie against Colombia they scored early, but their efforts to sit back and defend the lead were disrupted by Luis Diaz’s 61st-minute equaliser. The game finished 1-1 but goalkeeper Emiliano Martinez proved the star in the penalty shoot-out, saving three spot-kicks.

Brazil vs. Argentina: What roles will Neymar and Messi play?

Each side has relied upon their respective superstar forward to make the difference at this year’s tournament and both have certainly delivered.

Lionel Messi has both scored (four) and assisted (five) the most goals for Argentina, and he is also the only player who has scored a free-kick at this year’s Copa America, with two to his name. Messi has been directly involved in nine of Argentina’s 11 goals at the tournament, racking up combined expected goals (xG) and assists (xA) of 4.82.

Messi is incredibly hungry and motivated and to a large extent, he is carrying this talented Argentina side. His current form is perhaps the best he has ever exhibited for the Argentine national team and he will likely prove key for their attempts to overcome a tough Brazilian defence.

Neymar has also had an impressive tournament for Brazil and has been at the heart of all of their best-attacking play. He has two goals and three assists to his name with a combined xG and xA of 6.66. While Messi has scored and created from more difficult scenarios, Neymar has benefited from a more cohesive and cooperative Brazilian forward line.

While the Brazilian superstar does not have to carry his team in the same way Messi does, he undoubtedly remains their difference-maker. He is equally capable of creating chances by himself and drawing defenders to create space and set up others, as reflected by the fact that no player has been fouled more than him in this year’s tournament.

Both sides have built their success around defensive strength. Brazil’s defensive options include center-back pairing Thiago Silva and Marquinhos, full-backs Danilo and Renan Lodi, goalkeeper Ederson and holding midfielders Casemiro and Fred. They have only conceded two goals in six games in this year’s Copa America and they can also boast an identical record in their 2022 World Cup qualifying matches.

In several games at this tournament, Brazil have scored early, soaked up the pressure, and then found the net again towards the end of the match to secure a more comfortable win. Indeed, four of their goals at the 2021 Copa America have been scored by second-half substitutes (Gabriel Barbosa, Everton Ribeiro, Richarlison, and Roberto Firmino).

Their opponents in the final use a similar approach, but Argentina are a markedly different team when searching for a goal compared to when they are defending a lead. Excluding the win against Bolivia, they have averaged 58% possession when the scoreline has been tied and 40% possession when leading.

Argentina tends to score and then focus on retaining their defensive shape and solidity. This was particularly the case against Colombia, when they dominated the opening stages, scored after six minutes, and preceded to focus on creating chances on the counter. This has proven very effective at earning results, but the approach has been criticised at times for relying on the occasionally shaky defensive abilities of Nicolas Otamendi.

Aston Villa goalkeeper Emiliano Martinez and Atalanta central defender Cristian Romero have been hugely important for improving Argentina’s defence. Scaloni tends to accompany them with three conservative and mixed midfielders, using Lo Celso to link with the front line that is led by the dynamic and dangerous Lautaro Martinez.

Brazil vs. Argentina: Where is the value?

The first goal will be key in the final. Whoever scores first will look to exploit their opponents’ need to equalise and cause problems for them on the counter. Brazil possesses the stronger defence and have consistently shown they can reap benefits with such an approach, while Argentina are slightly less convincing but have also highlighted their capability to carve out results.

The winner of the 2021 Copa America Golden Boot is likely to be an Argentine unless Neymar or the in-form Lucas Paqueta turn in a remarkable performance. Messi enters the final leading the scoring charts with four goals, while Lautaro Martinez is just behind on three. For Argentina, Messi is the obvious likely source of goals and chances, while Brazil can call upon scorers in all areas of the team, meaning their late substitutions could once again prove crucial.

Who do you think will win the 2021 Copa America final? Win your way when you bet on Argentina vs. Brazil with Pinnacle. 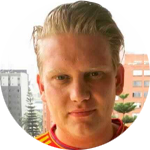