Although curling is not always considered a major sport, every four years it is one of the most watched events at the Winter Olympic Games. Learning how to bet on a fast growing sport like curling could provide plenty of value for sharp bettors. Read on to find out how to bet on curling at the 2018 winter Olympics.

Sign up here to get the best odds and biggest payouts on the 2018 Winter Olympics.

Curling matches are played by two teams of four players with teams alternating throws. They direct their stones towards a circular target, which is called the house. The game is made up of ten ends, which are similar to innings in baseball or sets in tennis. 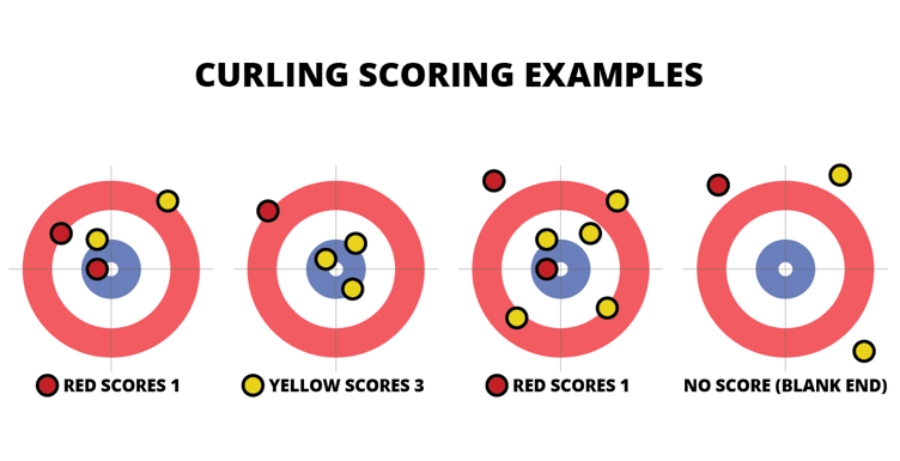 A key part of the strategy involved in curling is decided by which team which throws the last stone in an end. This team has the “hammer” (last throw) and is in an advantageous position to score points. If the team scores points at the end of a leg they give up the hammer to the other side. If no points are scored in an end then the hammer remains with the side currently in possession of it.

Possessing the hammer is a big advantage and keeping it makes scoring points difficult for the opposition. It falls to the team’s skip (captain) to make the most of that advantage by scoring as many points as possible before passing the hammer to the other team. If the team can only score one point then the skip may choose to knock all stones out of the house in order to keep control of the hammer.

Mixed doubles curling makes its debut at the 2018 Winter Olympics and follows slightly different rules to the traditional version. Each team has only two players and the game is played over eight ends. Find out more about the rules of mixed doubles curling from the World Curling Federation here.

How to Bet on Curling

A range of curling markets are available for this year’s Winter Olympic curling competition.

Curling match betting – Who will win the match? This is the same as money line betting in the NFL or the 1X2 in soccer without the draw.

Curling handicap betting – The bookmaker assigns a + or - handicap to each team. That set number of points is then added to - or subtracted from a + to determine the final score and outcome of the bet.

Olympic curling totals betting - Betting on whether the total number of points scored by both sides will be over or under a figure set by the bookmaker.

Since Curling does not have the same amount of data available as some other sports, it is important to look at previous results when making curling predictions. The major curling event of each year is the Curling World Championship. This event mirrors the format of the Olympic curling tournament and places the teams under the same pressures they will encounter at the Winter Olympic Games.

Previous Olympic results show that Canada have dominated the Olympic curling competition. Since curling’s reintroduction in 1998 Canada have never failed to medal at an Olympic Games across both the men’s and women’s events. they are once again favourites in the women's curling odds and men's curling odds.

The Canadians come into the 2018 Pyeongyang Olympics as world champions in both sections. They also won gold in both events in 2014 and have won the last three men’s titles. Despite the Canadian’s dominance, it is interesting that only one world finalist has ever claimed the silver medal at the following years Olympics. Since only the World’s best seven teams qualify (plus the hosts South Korea) all of the games should be close contests. Perhaps even the underdogs from South Korea can make the most of their home advantage.

Switzerland have won six of the nine world championships played in the new mixed doubles event and are current World Champions. However, the event is in its infancy and has seen an increase in funding since becoming an Olympic event so the competition could be hard to predict so bettors could find value in the mixed doubles curling odds.

China have found success in the mixed doubles format with a bronze medal at the 2017 world championships and may offer value at 5.50* to win the tournament. The Chinese could win only their second ever Olympic curling medal if they repeat or better their World Championship performance in PyeongChang.

Where can I bet on curling?

Now that you know how to bet on curling and what the different markets mean, you can take advantage of Pinnacle's unbeatable curling odds. Make the most of Pinnacle’s best value Winter Olympics betting odds during the 2018 Winter Olympics.