Ahead of this year's French Open, three-time winner Mats Wilander previews the second tennis Grand Slam of 2021, as well as which players to keep an eye out for at Roland-Garros. Read on to inform your 2021 French Open predictions.

With the tennis season off to a flying start in Australia, all of the players – both male and female – will be looking to fine-tune their game ahead of the second Grand Slam of 2021 and the the first (and only) clay-surface Grand Slam event of the year.

The first Grand Slam went the way we have come to expect, with Novak Djokovic (currently #1 in the ATP World Rankings) taking home the title against the Russian Daniil Medvedev (#2). Will this second event see him take the French Open crown away from 13-time Roland-Garros champion Rafael Nadal?

Meanwhile, the women’s draw is far more open, with promising young talent Sofia Kenin (#5 in the WTA World Rankings) showing her youthful flair and potential future dominance but after reaching in the final last year, can she win the French Open for the first time in her career?

When talking about the French Open (or Roland-Garros as it’s commonly called), there is one defining factor that you simply can’t ignore: the surface. Clay is one surface that a lot of players tend to find really challenging, as the ball bounces slightly differently than on other surfaces and the spin placed on serves will really impact ball flight. On top of that, the ability for those camera-worthy slides is something that faster players on both the men’s and women’s side will take full advantage of.

Certain players will thrive on the notoriously difficult clay surface.

The French Open falls at a strange time of year in the new-look tennis calendar. In past years (certainly when I was playing competitively), there were very few lead-in events or tournaments to get your practice in and get to fully understand the complexity of the surface. Now, players have a jam-packed schedule in the run-up to the main event in Paris.

As a player, these build-up events are key to finding your rhythm on the surface and establishing the instinct that it’s going to be a good year on clay for you. As mentioned, this surface can be challenging for many players and demands both the highest level of tennis IQ and stamina. So, with more and more events happening before Roland-Garros, players have plenty of opportunities to get accustomed to the surface and build their confidence ahead of the big Grand Slam event.

Something else that is key when talking about the French Open is the fact you are constantly problem-solving when on court. Being on clay means it isn't easy to go and win three points on the turn and you simply can’t blow someone off the court on this surface. It is possible on those hot and dry days, when the balls are flying through the air and can be quite quick.

However, on those damp French days, when you can still play on clay, the balls become heavy and the courts become a little slippery, so you have to grind out every point. Players have to be able to adjust and adapt to the situation more on the clay court than on other surfaces.

Certain players will thrive in this situation – for example, the problem-solvers in the pack such as Rafael Nadal (which is why he is so good on this surface). However, even Roger Federer or Novak Djokovic will feel slightly safer on a clay court because they can utilise their tennis IQ to figure out how to win.

On top of this, while it might not be their favourite, clay is most-used surface on tennis courts across the world and virtually every man or woman in the field would have grown up playing on it.

French Open 2021: Will the delay in timings help players?

With this year’s French Open being pushed back due to COVID-19, a lot of the key players have had time for some extra practice on the always-tricky clay surface. Among the talent looking for another pre-event sharpener are Serena and Venus Williams, Stefanos Tsitsipas, Coco Gauff, Denis Shapovalov, and of course, Roger Federer. The group are split out across four potential events which should help them boost their chances at Roland-Garros.

The return of crowds could be a hindrance for the younger and less experienced players.

The ability for these players (as well as others) to have more time practising on clay will definitely allow them to understand the tricky nuances that come exclusively with this surface. For example, the slower bounce of the ball coupled with the added trajectory favours players such as Nadal who love to play from the baseline and with a notable amount of topspin.

However, this extra pre-event sharpener will also be one more event in these players’ already packed playing schedule, so don’t be surprised if you see slightly shorter matches featuring some of the bigger names tiring early.

Looking ahead past the French Open, you must also take into consideration what this delay will mean for the rest of the tennis season and the events that will then fall within a shorter rest period than in previous years. For example, Wimbledon will now start just four weeks after the final of the French Open. This means players will have less rest, and this could lead to a higher potential for upsets in the remaining Grand Slam events in 2021. So, will we see some players play to their advantage and stick to the surfaces they enjoy more?

The delay in play could have a bigger impact on the younger tennis players appearing in the tournament, also known as the group that have been thriving throughout this lockdown and the shut off non-spectator season. Questions can be raised as to how they will handle the pressure against someone like Nadal in front of fans and millions watching worldwide, knowing they could potentially be embarrassed. It could go two ways, resulting in them either being fired up or crumbling. I think having the crowds of fans back on court could be a big disadvantage for the younger and less experienced players, but of course, only time will tell.

It is no secret that Rafael Nadal is the king of the clay court. He has now won a record 13 French Open titles and won it without dropping a single set last year. The Spaniard is the definition of dominance when it comes to both this surface and this event, something which is reflected in Pinnacle’s odds, with Nadal currently priced as 2.000* favourite to take the title again.

However, this is not to say that this year’s title will come easy for him. Much of this year’s build-up has been around fan-favourite Roger Federer’s (38.200*) return to action and with the two men now being equal on a staggering 20 Grand Slam titles, there is some history to be played for if the two meet.

Previous finalists for Nadal also include Novak Djokovic (4.780*), who reached his fifth Roland-Garros final last year and has started 2021 in great form with a strong performance throughout the Australian Open.

French Open 2021: Will youth or experience prevail in the women’s draw?

It is more difficult to call who will win the women's title, as there are probably up to a dozen female players who possess the ability to do so. There are contenders at both ends of the age spectrum, including the previously mentioned Sofia Kenin (71.430*) who has already claimed one Grand Slam in her blossoming career, and Serena Williams (19.080*), who is on the cusp of her 40th birthday, but can never be overlooked with her 23 Grand Slam titles.

The previously unknown Iga Swiatek came from nowhere last year to take the title to become the first ever Polish player to win the tournament at the age of just 19. Pinnacle has the youngster as the favourite at 3.680*.

In my opinion, the winner will come from the younger half of the draw, as the youth and stamina that these ladies will bring will play into this surface. I would also expect it to be someone who has won a tournament in the past four or five weeks, as so much of this event is dictated by confidence, meaning you may not have to look too far in the past event list to spot the winner.

There is plenty to play for in both the men’s and the women’s sides of the draw and as I see it, there are some slight outsiders who might have a shot at taking home the Roland-Garros title:

The 22-year-old Tsitsipas has already climbed the ranks to world number five and has been one of the recent standout players in the tour. His game is a delight to watch and he has performed increasingly well in previous events, with a big win against Nadal at the Australian Open this year, where he impressively reached the semi-finals. He also came close to beating him again in the Barcelona Open final and it seems to be a matter of when he will win his first Grand Slam as opposed to if.

One of his main strengths is his ability to return serve and not be beaten by an ace - a skill that will be heightened on the clay surface. Don’t be surprised if you see him take on big returns against some of the bigger hitting players.

The slight outsider Sabalenka is a tall and powerful player, which lends itself well to the clay court in Paris. She brings a strong presence to the court with her six-foot stature and will dominate the baseline with her ferocious right-hand forehand. I believe that a lot of her early opponents will struggle to handle her power and therefore there is a strong chance of her doing well in this event.

The 17-year-old hasn’t done anything significant at the major tournaments just yet, but she’s winning matches at an impressively young age. She is a serious talent and should have fresh legs for the French Open, which is always a bonus for the tournament.

The young Norwegian is an unbelievable player. He can go for days on the court, he generates as much forehand topspin as Nadal, and he hits it slightly harder. Of course, he’s not as experienced as other players, but he’s got some really strong weapons in his artillery. 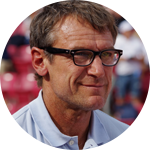