The first Grand Slam of 2019, the Australian Open, starts next week. In what promises to be an extremely open tournament, our tennis expert Dan Weston evaluates the contenders for the women’s title. Interested in the best odds for the Australian Open 2019? Read on to find out more.

Last season’s Grand Slams on the WTA Tour did little to dispel the notion that the women’s game has as much of a level field as ever - four different Grand Slam winners and six different Slam finalists rubber-stamped such an assertion, and long-gone are the days of Serena dominance, with Sharapova and Azarenka in the next tier, ahead of a number of third tier players.

These days, there really is little to choose between the vast majority of the top 30 or so on tour

These days, there really is little to choose between the vast majority of the top 30 or so on tour, and the table below illustrates as much. The data below demonstrates the 12 month hard court service and return points won, plus combined percentages for every player priced below 100.00* in the outright market here at Pinnacle Sports. Also included is each player’s 12 month record against top 20 opposition, and given that the winning player will likely have to defeat three or more top 20 opponents to lift the title, such data is particularly relevant for Grand Slam tournaments. All data is correct at January 9, 2019.

A look at the favourite Serena Williams and close competitors

Serena Williams is the tournament favourite, available currently at 4.77*, but data doesn’t necessarily agree with such a price. Her service data (61.4% service points won) is impressive, but her current limitations on return are illustrated by her return data, which is lower than a number of her WTA rivals.

The American went unbeaten in the Hopman Cup, but it is difficult to ascertain player levels in what is effectively an exhibition tournament, and she hasn’t played a main tour match since losing to Naomi Osaka in the final of the US Open at the beginning of September. Given these issues, Williams looks a potentially vulnerable favourite for the tournament.

Angelique Kerber is the other player with her price in single-digits, with the German - a winner here in 2016 - priced up at 8.75* at the time of writing. Her hard court data is ranked fifth on tour, and her record against top 20 is barely positive either - could she be over-rated by the market as well?

The world number one has had back problems and has lost her last five main tour matches, in a run stretching back to the final of Cincinnati in mid-August

Following Williams and Kerber as favourites are seven players priced between the 10.00* and 20.00* mark, with Simona Halep, Naomi Osaka, Elina Svitolina, Aryna Sabalenka, Karolina Pliskova, Sloane Stephens and Garbine Muguruza all priced in this bracket, and it’s worth evaluating each of these contenders, who on their day are all capable of beating any player on tour.

Halep’s data (107.4% combined) actually is the best hard court combined percentage on tour, and her 15-7 record against top 20 opponents is similarly impressive.

However, the world number one has had back problems and has lost her last five main tour matches, in a run stretching back to the final of Cincinnati in mid-August. It’s understandable as to why she’s offered at double-digit prices, given such concerns - if she was fully fit, it would be logical to see her quite a bit shorter in the outright market. 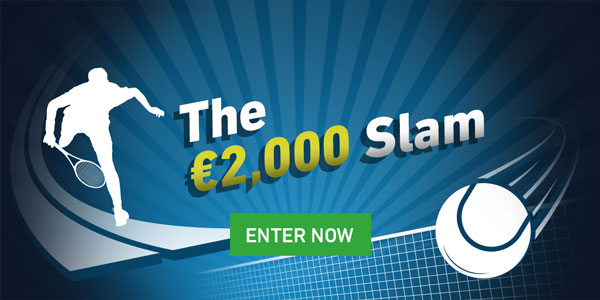 In addition, she only faced one top 20 opponent en route to glory at Flushing Meadows. Long-term, the Japanese talent will need to dramatically improve this record, if she is to be a regular Grand Slam winner.

Of the remaining players in this group, Svitolina has impressive hard court data but has struggled in Grand Slams.

Having said this, it is more than possible that her victory in the season-end WTA Finals in 2018 could signal a breakthrough in major tournaments, and she certainly should not be ruled out of a strong performance in Melbourne.

Sabalenka’s recent results have been highly impressive and she will be favoured by many to perform well here, although her return data would still be a concern for me, while Pliskova (return deficiencies and a slight drop in level from her peak), Stephens (woeful inconsistency, and mediocre serve numbers) and Muguruza (inconsistency again, and drop from her peak) will need to consistently produce their best levels to reach the latter stages.

Statistically, some players available at bigger prices are also worth discussing. Caroline Wozniacki (22.10*) is second to Halep when looking at combined service/return points won data on hard court in the last 12 months, but has had fitness issues of late.

Kiki Bertens is another dark horse, with the Dutchwoman improving considerably away from her favoured clay, and at 22.38*, perhaps represents better value than some others at shorter prices. Ash Barty (25.28*) is also a live contender in her home country, although she will need to improve her results against top players, while Qiang Wang could be a real dark horse, currently priced at 53.33*.

The Chinese player ended 2018 as one of the form players on tour, with her five tournaments post-US Open reading winner/semi-final/semi-final/runner-up/runner-up, although she did exit in the first round in Shenzhen last week, to Alison Riske, when heavy favourite.

Finally, veteran players Maria Sharapova (53.33*) and Victoria Azarenka (40.32*) cannot be ruled out if they can get back to somewhere close to their best levels - both have strong return data still - but this year could well be one too many for Venus Williams (93.18*).

The 38 year old is still ranked inside the top 40 and priced quite defensively by the market, but her service points won numbers show vulnerability, and it would be a major surprise if she was able to replicate her 2017 performance here, where she made the final.

Make your tennis bet count. Get the best Australian Open odds at Pinnacle.