With Space Jam 2 on the horizon the same question is on everybody’s lips: is a LeBron led version of the Tune Squad a match for the classic Michael Jordan version? Read on for analysis of the two teams.

Pinnacle’s traders have been known to break down a wide range of weird and wonderful events into probabilities. Whether it’s a presidential election, the location of Amazon’s next HQ or even marble racing, the trading team can create odds based on the information available.

Now in their sight is one of sport’s most heated debates. Who is the greatest basketball player of modern times, LeBron James or Michael Jordan? The two are difficult to compare since they played in different eras, with different teammates, and against different opponents. Until now.

LeBron James is now taking over the leadership of Bugs Bunny’s Tune Squad from Jordan himself. So how do the Pinnacle traders rate the two line-ups’ chances of defeating the original Monstars? And does it go anyway towards answering the endless debate? I spoke to the Pinnacle trading team for some insight into how they could price up each team.

It would be convenient to be able to turn this into a simple Jordan vs. James debate when pricing this matchup. However, when assessing the probabilities for a game featuring enhanced alien basketball players and anthropomorphized animals there are some other aspects to consider. 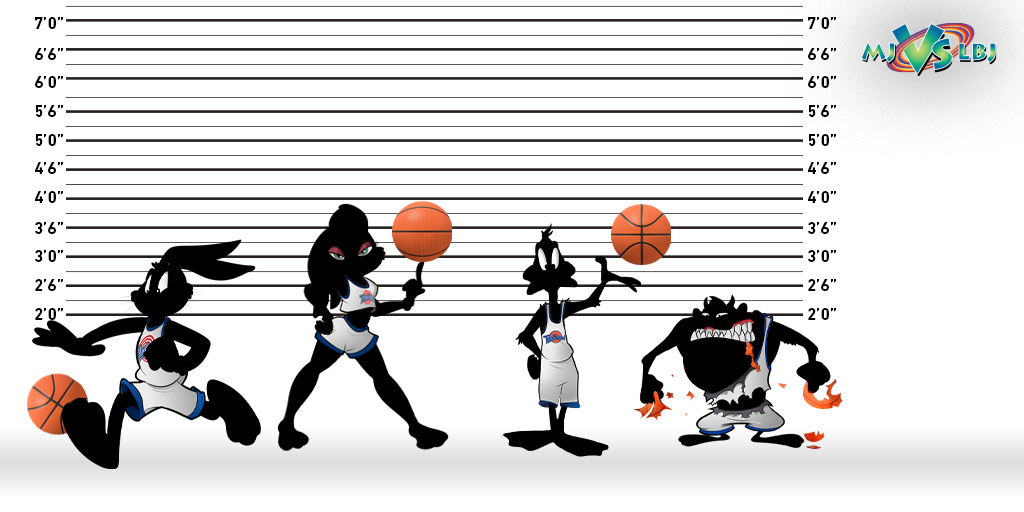 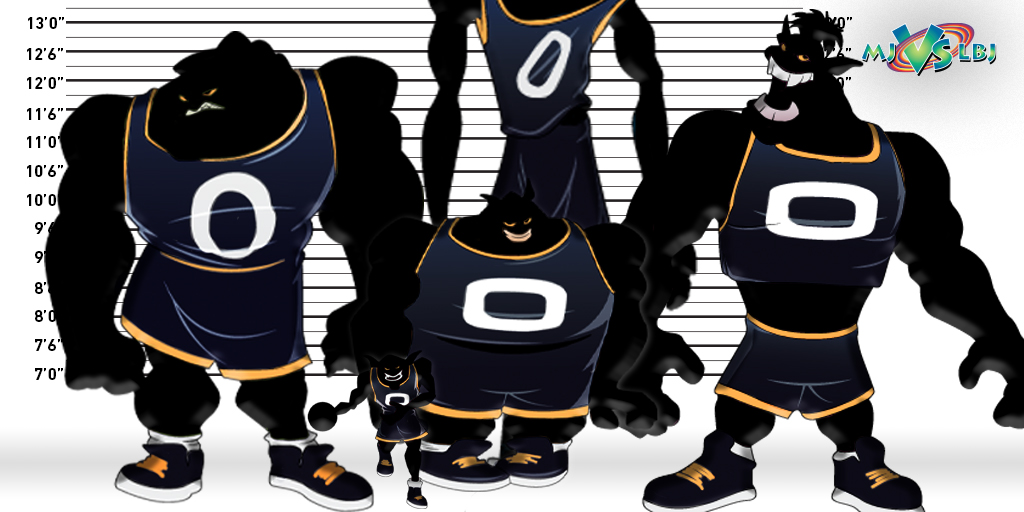 LeBron’s strengths arguably mesh less well with the Tune squad in this matchup. It is arguable that James is more athletically gifted than Jordan but the Monstars considerable height and size advantage make this almost an irrelevance.

LeBron would need to take advantage of some very helpful cartoon physics to have any chance of dunking over Bang, the 12’12” alien possessing the talent of Patrick Ewing.

This game will not be won with athleticism.

LeBron is also a brilliant rebounder, useful for an undersized Tune squad. However this again becomes an irrelevance given the Monstars record of near-perfect field goal shooting.

If we study the box score from the original game Space Jam matchup, The Monstars single miss came by way of a well-timed Wile E. Cayote dynamite detonation which, since it was not recorded as a rebound, presumably went out of bounds.

Also in Jordan’s favour is his famous clutch ability. The six-time NBA champion’s stats actually improve as the games get more important. When playing for his own freedom, and perhaps the fate of the entire Looney Tune World, you want to back the guy who seemed to thrive the most under pressure.

Another issue for James is the identity of the referee for the matchup, Marvin the Martian.

Marvin has a fairly lenient interpretation of basketball’s laws. He allows explosives, guns, and mopeds onto the field. Not one of these acts of cartoon violence is worthy of a foul call according to the Martian.

Jordan played before the addition of the hand-checking rule and was clutched at, grabbed, and held night after night. If you ask certain Chicago Bulls fans they would probably tell you that the Monstars are a model of fair play compared to the Detroit Pistons of Jordan’s time.

It is safe to say the game would be more similar to the NBA of the 90s than the one LeBron is accustomed to. Jordan’s experience in this era should ensure he is at least better prepared for such a loosely refereed match.

Lebron vs. Jordan: Which team is more likely to win?

In short, both versions of the Tune Squad have just a slim chance of winning the game. Which of LeBron and Jordan plays makes a minimal difference.

Jordan’s postseason record and history of unlikely heroism suggests he may have a slight edge over LeBron’s squad, but neither team has a significant chance of pulling off the win.

Does this settle the LeBron vs. Jordan debate? Not remotely. But when it comes to defeating a team of super-powered aliens, we price Jordan as the more likely.

Who would you back at those odds, Team LeBron or Team Jordan? If you are a believer in favourite-longshot bias then, regardless of the opponent, the smart money is probably on The Monstars.