http://www.pinnacle.com/en/betting-articles/Soccer/outright-eredivisie-betting-preview/VDEJKBG5SU9VMBJN
Where is the value in Pinnacle’s Eredivisie outright betting odds? This article delves into the outright markets and looks at which clubs could give you the edge ahead of the new season. Who are the Eredivisie teams bettors should be aware of in 2021/22? Read on to find out.

get the best Eredivisie odds

Bet with Pinnacle on the 2021/22 Eredivisie season

In recent years, Ajax have been labelled the 'Bayern Munich' of the Netherlands. Having won their first Eredivisie crown in five years in 2018/19, Ajax were leading the Eredivisie table when Covid-19 halted the 2019/20 season. They showed their dominance again last season, scoring 102 goals and romping to a 35th league title in their history, 16 points above closest challengers PSV. The 'Bayern' nickname is also given to Ajax due to some of their transfer business, often buying the best players in the Netherlands to strengthen their own ranks, whilst weakening the others.

This summer, Ajax shocked Dutch soccer fans by acquiring Steven Berghuis from fierce rivals Feyenoord. Berghuis was captain of the Rotterdam side and was good for 18 goals and 14 assists from the right wing last season. Furthermore, two goalkeepers have signed to soften the blow of Andre Onana's long-term suspension: the impressive Remko Pasveer from Vitesse, and 21-year-old talent Jay Gorter from Go Ahead Eagles.

Whilst Ajax continue to search for an extra attacker to further bolster their attack, they are yet to lose any of their key names. Experienced stars Daley Blind, Dusan Tadic and Sebastien Haller remain, whilst young players Ryan Gravenberch, Antony, and Jurrien Timber are all a year older and wiser.

That's why you can back Ajax at relatively short odds at 1.436* on Pinnacle to win another Eredivisie title. Erik ten Hag's men are strong favourites going into the new season, and it would take something rather unexpected to damage their chances or challenge them at the top of the table.

One likely problem is the goalkeeping situation: Onana is banned for several more months (and is likely to leave the club anyway). His replacements include veteran Maarten Stekelenburg, or the aforementioned new faces Pasveer and Gorter, all of whom may not match the brilliance of Onana. Also, Ajax are always looking to improve their chances on the European stage. Their ambitions to become a Champions League regular past the group stages are slowly being realised. However, some poor results may affect the team's morale for the rest of the season, especially if they are knocked out early - just like their group-stage exit in 2019/20, which almost derailed their season. Alternatively, but potentially just as problematic, could be if Ajax reach far into European competition. If that happens, then their attentions may be turned away from league matches, such is their aspiration to improve in the Champions League.

Are PSV ready to surprise Ajax?

Priced at 3.970* by Pinnacle, PSV are Ajax's most realistic challengers. Roger Schmidt goes into his second season in charge of the Eindhoven side, where great improvement is expected.

Star striker Donyell Malen was sold over the summer to German giants Borussia Dortmund; however, despite his absence, PSV have excited fans with plenty of goals during the pre-season Champions League qualifiers. 34-year-old striker Eran Zahavi remains in Eindhoven and seems fit and fired up to lead the line by himself this season - Schmidt has switched to a more suitable 4-2-3-1, having tinkered with an unsuccessful 4-2-2-2 in the last campaign.

Lots of goals and assists are expected to be provided by young wingers Cody Gakpo and Noni Madueke, with German World Cup winner Mario Gotze playing an instrumental role in the attacking midfield.

PSV will need to keep their strong home form from recent years.

The new captain, Marco van Ginkel, is already making a fine impression in PSV’s midfield, and Davy Propper is back after playing in the Premier League with Brighton. Several promising signings have been made in defence too.

PSV will need to keep their strong home form from recent years. They have only lost at home in the league twice since 2016 (both times to AZ).

So, whilst there is growing excitement of a genuine PSV title challenge this season, they will need to turn around some poor form against their high-flying league rivals. In games against top Eredivisie opposition last season, PSV were unable to beat Feyenoord, AZ or Ajax – home or away.

Schmidt is under pressure to deliver. The early signs look good, but can they sustain pressure on Ajax for a whole season? That remains to be seen. You can back PSV at good odds (3.970*) to develop into a side that can take down Ajax.

Feyenoord have a new manager and a new direction

Feyenoord are pressing the refresh button this season. Losing Berghuis to Ajax was a massive blow, but keeping prized assets such as Justin Bijlow, Lutsharel Geertruida, and Marcos Senesi means they will find this transitional year easier under new boss Arne Slot.

It will take a while for this new-look squad to adjust.

Slot comes with a reputation of playing attacking football. Therefore, it will take a while for his new-look squad to adjust. New signings include centre-back Gernot Trauner from Austrian side LASK, Brighton winger Alireza Jahanbakhsh, and midfielder Guus Til, who returns to the Netherlands after struggling in Russia. Even better for the Rotterdammers, a lot of stale squad players have left the club.

Pinnacle price them at 14.900*, which is advisable to avoid in what will be a year of many ups and downs.

AZ, who finished third last season, are actually better priced than Feyenoord - they are at 9.930* to win the Eredivisie. They showed excellent form in 2019/20 - finishing level on points at the top of the Eredivisie with Ajax before the Covid-19 cancellation - and won 21 out of their last 29 Eredivisie games last season.

The vision clearly seems to be a transition season for AZ.

The reason why it is recommended not to bet on AZ for an outside chance of winning the league for the first time since 2009 is because they have lost several key players this summer. Winger Calvin Stengs, striker Myron Boadu, and goalkeeper Marco Bizot have all left for France; right-back Jonas Svensson departed for Turkey; whilst speculation remains around star players Owen Wijndal and Teun Koopmeiners.

So far, the only arrivals at the club have been Bruno Martins-Indi from Stoke and two 22-year-olds: Vangelis Pavlidis from Willem II to replace Boadu in attack, and Sam Beukema,a promising young centre-back from Go Ahead Eagles. The vision clearly seems to be a transition season for AZ with many young players having to establish themselves to lessen the blow of the core of the side being ripped away. In Dutch football, you have to use the money to first take a step back before you can take a step forward.

Vitesse Arnhem for an outside shout?

If you fancy a well-priced longshot, then look no further than Vitesse. At 50.660*, it's not a likely outcome by any means, but Vitesse may well challenge the traditional top teams in the Eredivisie again this season. Amongst seven new additions to the squad, Nikolai Baden Frederiksen brings some extra firepower having scored 18 times in the Austrian Bundesliga in 20/21.

If you fancy a well-priced longshot, then look no further than Vitesse.

Sometimes, Vitesse found themselves frustrated in games against lesser opposition, and Frederiksen, along with some new pacey forwards, could make the difference to close the gap to the top.

Managed by German Thomas Letsch, Vitesse employ a 5-3-2 formation which brings the best out of their wing-backs and two strikers. A fourth-placed finish last season could be bettered this time around with good stability in the squad. Letsch may have a second successive campaign to remember.

Eredivisie 2021/22 betting: Who are the relegation candidates?

Down the bottom end of the Eredivisie, it is expected that the newly promoted sides will find it difficult to stay up. Cambuur blitzed the Dutch second tier on their way to promotion and look best-placed to avoid relegation this season.

Fellow new sides Go Ahead Eagles and NEC Nijmegen have very small budgets. Both clubs have had to recruit wisely this summer to replace several outgoing players and add experience before tough campaigns.

Another side set to struggle are RKC Waalwijk.

In terms of potential surprise teams to be relegated, look no further than PEC Zwolle. They have hovered above the bottom three for a couple of years but this time they have a new manager in place and several key players have left due to contracts running out. As of the time of writing, many positions remain empty, particularly in attack.

Another side set to struggle are RKC Waalwijk, who have lost manager Fred Grim to Eredivisie side Willem II. Their summer signings seem like a gamble and they were close to the bottom three last season.

Enjoy the Eredivisie and get the best odds with Pinnacle.

If you want more betting advice, read this article detailing how you can claim a betting edge on the Dutch Eredivisie betting market. Also, you can follow author Michael Statham on Twitter, who offers betting advice throughout the season. Michael writes for English-language site Football-Oranje.com, which gives news and views on Dutch soccer. 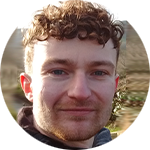