Where is the value in Pinnacle’s MLS outright betting odds? This article provides expert insight from Ben Baer to inform your outright MLS betting.

get the best mls betting advice

Bet on the 2021 MLS season with Pinnacle

Major League Soccer returns for its 26th season on April 16, with the Columbus Crew trying to defend their crown after toppling the Seattle Sounders last December in the MLS Cup.

Austin FC 51.00* - with part-owner Matthew McConaughey - will kick off their inaugural season on April 17 against LAFC, with their home opener coming on June 19. They are not expected to compete for the MLS Cup in their first season but they have an outside shot of making the playoffs with former US international Josh Wolff as head coach.

MLS 2021 betting: Who are the favourites?

Of the four teams with odds under 10.000, I believe only one is a good bet. LAFC are the favourites to win the MLS Cup 5.00*, thanks to the exceptional play of Carlos Vela and the coaching of Bob Bradley, but questions remain about their ability to take home the ultimate prize.

The Black & Gold are coming off a poor MLS season, where they finished seventh in the West and were easily beaten in the first round of the playoffs by the Sounders. The good news, and the reason they are probably the favourites in 2021, is that they made a run to the Concacaf Champions League final after the MLS season ended. But they failed to beat Tigres after taking a lead, which is indicative of some of their performances in knockout competitions. There has to be some questions about their attack, with Corey Baird - who had just two goals in 2020 - slated to start up top.

The Seattle Sounders are sitting at 6.00* but they have some major issues heading into the season. Starting right back Kelvin Leerdam is now in Miami and Gustav Svensson will not be returning at defensive midfield. Neither have been replaced, but those aren’t the biggest issues. That would be the absence of Jordan Morris. The US international winger tore his ACL while on loan with Swansea City earlier this year and is likely to be out for the year.

Morris had a breakout 2020, accruing 10 goals and eight assists in under 1800 minutes - which saw him lead MLS in non-penalty expected goals and expected assists per 90 minutes. Without him, all of the pressure falls on the aging Nicolas Lodeiro and Raul Ruidiaz, as the only attacking signings Seattle have made are depth pieces.

Toronto FC - another stalwart over the past few years - come in at 8.50* which could make sense when you consider they still have MLS 2020 MVP Alejandro Pozuelo. But Jozy Altidore and Michael Bradley are getting older and remain injury-prone, while their young star striker Ayo Akinola faces injury questions too, heading into the season. Their backline is also aging and General Manager Ali Curtis has not made any additions to strengthen it. Toss in the fact that they have to start the season by playing in Florida and it’s tough to see where the value is here.

The one favourite where there is some value is with the defending champions. Columbus Crew 6.00* return with all their major players from 2020 and have even made a few strong additions to make the squad clearly the best heading into the season.

Attacking midfielder/winger Kevin Molino was added in the offseason, coming over from Minnesota United FC. The 30-year-old was the creative hub of that team, who reached the Western Conference final, and he was clearly the best player in the playoffs - scoring four goals in Minnesota’s three matches. He’ll be joined in the Crew’s attack by striker Gyasi Zardes, who finished tied for second with 12 goals in 2020.

When Zardes is unavailable, as will likely be often due to fixture congestion and a heavy international schedule, Crew head coach Caleb Porter can turn to new acquisition Bradley Wright-Phillips. BWP is one of the all-time MLS greats and he’s coming off a season with LAFC that saw him bounce back from a poor 2019 to score eight goals. The Englishman actually finished first in MLS in non-penalty goals and assists per 90 minutes and he gives the Crew an embarrassment of riches in the attack.

The Crew also benefits from having just one of their main stars still playing for their national teams. With a heavy international schedule for every nation in 2021, MLS teams will be without many of their top players for long stretches. With Columbus not having to deal with this, it should give them an opportunity to build plenty of confidence heading into the playoffs.

You should expect to see those teams in the playoff hunt for most of the season - aside from maybe the aging Timbers - but there is little value in putting money on them to win the MLS Cup considering their relative talent level.

Atlanta United 26.00* is one team that does provide value in this range though. The 2020 season was a miserable one for the 2018 MLS Cup champions but many of the reasons it was that way have been rectified. Frank de Boer - who was fired midseason after alienating many of his top players and playing a style that did not fit previous Atlanta squads - has been replaced by Gabriel Heinze. The Argentine legend comes to Atlanta after a strong run with Velez Sarsfield in his native country. He promises to bring a more attacking style of play to one of the league’s highest-spending clubs.

Atlanta United is one team that does provide value

The other major reason the Five Stripes provide plenty of value is that one of the two best players in MLS is set to return from a year-long injury. Josef Martinez missed the entirety of the 2020 season after suffering a torn ACL in the first game of the season. Before that, he was the most prolific goalscorer in league history, racking up 77 goals in just 83 matches. He led Atlanta to three trophies (2018 MLS Cup, 2019 U.S. Open Cup, and 2019 Campeones Cup) and is sure to come back with plenty to be angry about after what happened to his team in 2020.

Minnesota United 28.50* is another team that provides good value for bettors. As mentioned above, they made the Western Conference final last year; however, there is a bit of good news and bad news coming from the team this year. The bad news is that they lost Kevin Molino, who was a major reason why the Loons had such a successful 2020. The good news is that Ike Opara could return after sitting out the 2020 season, and as of writing, they are close to acquiring Boca Juniors striker Ramon Abila. The major weakness for Adrian Heath’s team last year was in attacking, as they resorted to using winger Robin Lod up top in the playoffs, so if they land Abila they fill one of their major holes.

Abila would be a major signing, but having Bebelo Reynoso for a full season is another huge reason to be so high on Minnesota. He played about half the season last year after coming over from Boca and had seven assists. He also led the league in expected assists per 90 minutes.

Which outsiders could represent value?

While there’s little value in betting the teams at odds of 51.000 and above, there is an outside chance a couple of these teams could make a run. The Vancouver Whitecaps dealt with a lot of injuries in 2020 and were forced to play in Portland for much of the season. If they are able to get back to Canada at some point we could see better fortune for them, and the talent they have acquired over the last year could be quite impressive.

Lucas Cavallini remains one of the top strikers in MLS and is set to breakout in his second year with the team under Marc Dos Santos. In the offseason, they added Caio Alexandre from Botafogo to strengthen their midfield and right back Bruno Gaspar from Sporting Lisbon to help provide a counterweight to Ali Adnan.

The San Jose Earthquakes 126.00* have some of the longest odds in the league but there isn’t much reason for that. Matias Almeyda remains the head coach after leading the Quakes to the playoffs last year. They return with the vast majority of their team and added a potential difference-maker in the number 10 position in Chofis Lopez. They were also one of the more unlucky teams in terms of expected goals, mostly due to some poor goalkeeping from Daniel Vega, and with JT Marcinkowski in goal for the whole season, they should be able to reverse that trend.

D.C. United 126.00* have a new coach for the first time in over 10 years and Hernan Losada has plenty of talent to work with. Peru international Edison Flores disappointed in his first season in MLS but he will be eager to prove his doubters wrong alongside former Atlanta United assist machine Julian Gressel. Defence could be an issue but there’s plenty of attacking options with those two, plus Ola Kamara, Paul Arriola, and new signing Nigel Robertha.

Get the best MLS odds with Pinnacle. 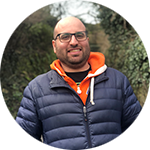 With this experience, he has amassed a knowledge of MLS that is unmatched by almost anyone in the world and he is now passing that expert insight along to help you make more accurate MLS betting predictions.