In early August, shockwaves were sent around the soccer world when it was announced that Lionel Messi was bringing his 21-year stint at Barcelona to an end in order to join PSG on a free transfer. Needless to say, Messi is regarded as the best player in the world in many circles and the broad expectation is that he will be sorely missed by the Spanish club – but just exactly how important was Lionel Messi to Barcelona?

Lionel Messi at Barcelona: A timeline

Arguably the best place to start for analysing Messi’s impact is Pinnacle’s own betting markets, in which his departure has already had a direct influence on Barcelona’s odds. On August 5, just a few hours before the news broke that he would not be renewing his contract, Barcelona led the outright market for this season’s La Liga as 2.290 favourites.

By August 9, when the club had officially confirmed he was leaving, Barcelona’s odds had lengthened to 3.450* and they had fallen to third-favourites to win the title behind both Real Madrid and Atletico Madrid. To put that into context, Barcelona have only finished outside the top two in La Liga once in the last 13 seasons.

Unsurprisingly, Messi’s absence having an adverse impact on Barcelona’s odds is far from unprecedented. When it was announced that an injured Messi would miss a league match against Real Madrid in October 2018, Barcelona’s odds to win the fixture lengthened from 1.740 to 2.090, slashing their win probability from 57.5% to 47.8% in the process. Meanwhile, Madrid’s odds shortened from 4.300 to 3.390. 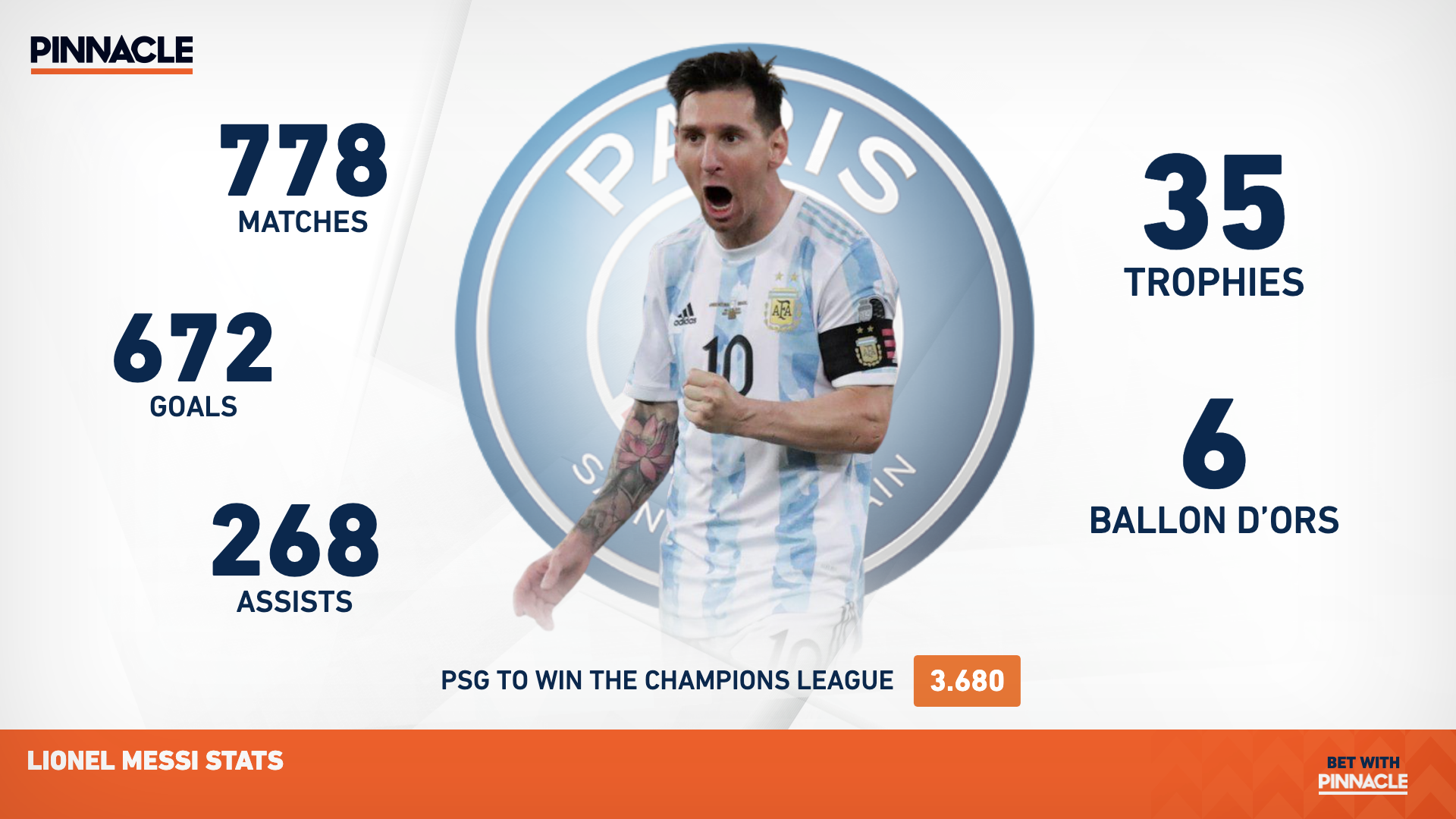 The numbers are staggering. Aside from the highly impressive return of 672 goals and 268 assists, the 34-year-old has turned in more than one goal and/or assist per appearance in every season since 2008/09. On top of that, he has been directly involved in less than 40% of Barcelona’s goals in all competitions during a season on just two occasions since 2009/10.

There is no shortage of stats in the table above worthy of specific attention. In 2011/12, Messi recorded a total of 102 goals and assists (equivalent to 1.7 goals and assists per game), while in that season as well as in 2018/19 and 2019/20, over half of Barcelona’s goals were either scored or assisted by Messi.

The obvious question for Barcelona is thus how they replace his contribution in their attacking output and the presumed answer is with great difficulty. Messi was involved in 40.98% of Barcelona’s goals in all competitions during 2020/21 (actually his second-worst individual return among the last five seasons), while Antoine Griezmann was only the other Barcelona player involved in more than 20%.

While new signing Memphis Depay did post more encouraging numbers on this front, they still fell short of Messi’s. Amidst the news that fellow attacking acquisition Sergio Aguero is injured for the next few months, Depay is taking on an unenviable level of responsibility for the opening stages of this season.

Furthermore, without Messi’s 30 league goals last season (which represented 35.29% of Barcelona’s total), Barcelona would have been 15 points worse off in La Liga, placing them 20 points behind Real Madrid and 22 behind champions Atletico.

This is partially because Messi is a rare breed of player who consistently outperforms against both his expected goals (xG) and expected assists (xA) metrics. As a consequence, not only has he served as the fulcrum of Barcelona’s attack, but he has done so to a greater standard than can be reasonably expected of him.

How will Lionel Messi do at PSG?

Messi’s performances may depend on a range of factors, including how efficiently he adjusts to playing in a new league for the first time in his career, how Mauricio Pochettino integrates him tactically, and whether he can avoid the injury and fitness issues that have plagued him to a minor extent during the last few seasons.

However, with the six-time Ballon d’Or winner joining an attack that can already boast Neymar, Kylian Mbappe, and Mauro Icardi, an absence of quality from his teammates certainly shouldn’t have a negative impact on his numbers this season.