http://www.pinnacle.com/en/betting-articles/Soccer/epl-game-of-the-week-arsenal-chelsea/9FQ2VV7QKXMV4L9G
With three wins in three games and a convincing victory over Hull, Wegner’s side is looking to continue their run of good form against Chelsea this Saturday, a side in desperate need of a result after two disappointing performances. Who will prevail? Read on to find out.

Every big match-up in the Premier League so far this season has seen over 2.5 goals scored, and the London derby between Arsenal and Chelsea this weekend is expected to be no different. Arsenal have only kept one clean sheet this campaign (conceding seven goals in six games) and continue to look shaky at the back, whilst the visitors have a similarly poor defensive record under Antonio Conte. Over 2.5 at 1.806* looks a valuable betting opportunity.

With 35 goals across the ten Chelsea and Arsenal matches so far in the season, another Over 2.5 goals match is expected at Emirates.

Arsenal are particularly vulnerable against attacking teams who look to exploit the space behind their marauding full-backs, and like Liverpool – who won 4-3 at the Emirates in August – Chelsea could easily find success on the flanks.

Willian and Eden Hazard have been in outstanding form so far this season, contributing three goals between them. Hector Bellerin and Nacho Monreal are unlikely to stop them setting up chances for Diego Costa, who has scored five goals in five league games this campaign.

But Chelsea will also struggle to keep the ball out of their net. David Luiz is well known for his erratic defending and he is likely to be drawn out of the back four by the complex movement of Alexis Sanchez.

The Chilean was deployed as a false nine against Hull City last weekend and ran riot; it is notoriously difficult to track a false nine, who drops off the front line to leave the striker spot vacated, and Chelsea’s Luiz will probably mistakenly follow him at some point in the match. This could open up a gap in the defence for Alex Iwobi or Theo Walcott to arrive into.

There have been 35 goals across the ten Chelsea and Arsenal matches so far this season, with both sides looking uneasy at the back but explosive moving forward. It should be a fascinating end-to-end encounter. If you don’t believe in another high-scoring match, under 2.5 goals is available at 2.130*.

Get the best Premier League odds at Pinnacle, the ultimate bookmaker with the highest limits and the lowest margins. 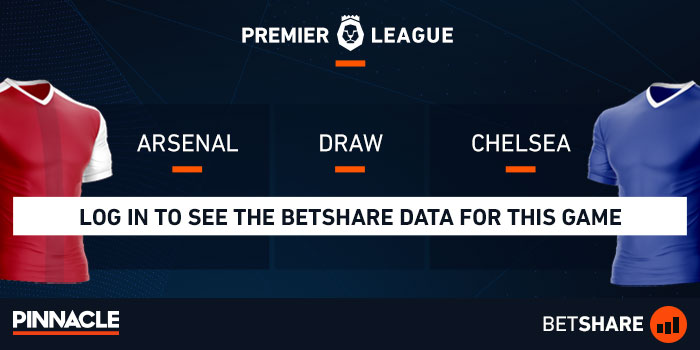 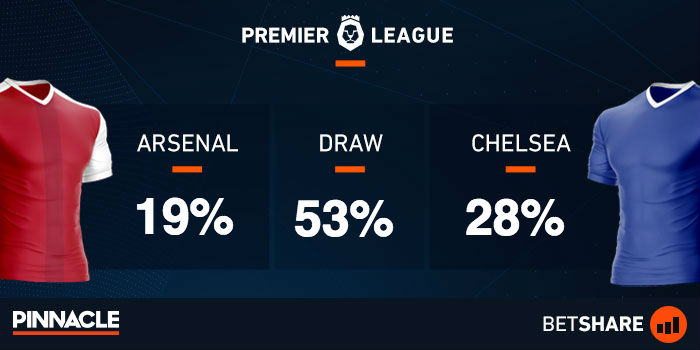