PSG team news: Keylor Navas is expected to start despite having a shoulder problem, but injuries to Abdou Diallo and Marquinhos mean the pair could miss out.

Manchester City team news: City have a big worry with Kevin De Bryune. The Belgium midfielder limped off after 48 minutes against Chelsea in the FA Cup semi-final and he could miss out. Aside from this, they should have close to a fully-fit squad to choose from.

Paris St-Germain (PSG) and Manchester City have both enjoyed relative domestic dominance in recent years but the one competition which they both so desperately want to win is the UEFA Champions League. At times, it has become an obsession to the degree where this is clearly the priority competition and main focus for each set of players.

PSG are in the unusual position of having to fight tooth and nail for their own Ligue 1 title this season after a below-par campaign domestically. Though this could actually be positive for them since they are more battle-hardened and ready for a fight. City have not yet secured the Premier League crown but are very well positioned to.

Both sides average the highest amount of possession within their respective domestic leagues, which coincidentally is 63.7% for both teams. Manchester City have maintained a similar average in the Champions League this season at 62.2%, but interestingly, PSG’s possession drops to 48.4% in this competition. Whoever has been in charge of them - be it Thomas Tuchel or Mauricio Pochettino - they have been quite happy for some opponents to monopolise the ball.

For example, they let Barcelona have nearly 70% possession in one fixture, yet still managed to pick up a positive result. PSG can be absolutely deadly on the break with the likes of Neymar and Kylian Mbappe, so have decided to use these weapons to their advantage. I would fully expect Manchester City to dominate possession in both legs, but they will have to be extremely careful of dangerous PSG counter-attacks and set pieces.

It could be argued that PSG have ridden their luck defensively in the Champions League this season. They’ve conceded just 11 times, but their expected goals (xG) against is as high as 19.66. City have only conceded three times with an xG against of 5.26. It’s fair to say that barely any team has managed to lay a glove on City during this year’s event, although a softer fixture list has to be taken into consideration.

One of the most impressive statistics for Manchester City offensively has been the 48.1% of shots on target, which is the highest amount of any team left in the competition. Compare that to their 38% shots on target in the Premier League and it’s clear they’ve stepped up their game to be sharper and more clinical in European matches.

PSG vs. Manchester City betting: Who has the edge?

This is the first time that PSG have made the ‘normal’ semi-finals of the UEFA Champions League since 1995. That is, of course, if we consider last year’s COVID-interrupted event an anomaly - when the French champions only had to get past the likes of Atalanta and RB Leipzig over one leg to make the final. Historically, in the last decade, PSG have had issues in the knockout rounds, struggling to progress in crucial crunch matches over two legs. That has changed this season as they proved themselves against pedigree opponents like Barcelona and defending champions Bayern Munich.

However, PSG have become so obsessed with winning this competition that they have often failed to deliver on the big stage when the pressure has been at its highest. If we look at PSG’s past issues in the Champions League Knockout rounds, it is clear where the problem lies. Their second-leg results are really bad. In their last 14 knockout round second legs in this competition, their record reads a miserable eight losses, three draws, and just three wins.

Even in this season's event they only drew against Barcelona and then just clung on to progress against Bayern despite suffering a second-leg reverse 0-1. Whether that is a mental problem or something else, who knows, but it is certainly something to bear in mind ahead of the second leg at the Etihad.

PSG are far better in the first legs of these knockout ties and it has been the cornerstone to their success in the competition so far this year. They battered Barcelona 4-1 and took a crucial 3-2 lead away from Bayern Munich. It really feels like the French side have targeted being aggressive in the first leg this year, but then operated more shrewdly in the return fixture.

There is, of course, one major change in this semi-final tie - PSG play at home first. Whether or not that will change their approach, I’m not sure, but history suggests there could be goals galore. PSG’s last six first-leg matches in Champions League knockout ties have averaged 3.83 goals, with five of the six matches ending with over 3.5 goals.

This is the first time Manchester City have reached the semi-finals of the Champions League since 2016. On that occasion, they went out 0-1 on aggregate to Real Madrid in what was a very tight affair. I think it’s fair to say that Pep Guardiola’s side have had a much easier route to this stage than PSG. They have only had to overcome relatively mediocre German opposition in Borussia Monchengladbach and Borussia Dortmund.

They were actually given a scare or two by Dortmund in the previous round, even falling behind in Germany and at one stage looking in danger of being knocked out. At the time of writing, the fitness of key man Kevin De Bruyne is in doubt for the first leg after injuring himself in their FA Cup semi-final defeat to Chelsea.

PSG vs. Manchester City: Where is the value?

The two managers, Mauricio Pochettino and Pep Guardiola, have met each other on 18 occasions, with Guardiola victorious 10 times, five draws, and just three wins for Pochettino. They have met before in the Champions League knockout phase, with Pochettino’s Tottenham side prevailing on away goals 4-4 overall during the 2018/19 event. However, the Argentine has only overseen PSG since January 2, 2021, and has yet to really stamp his identity on the club.

You really sense that certain key players have been pivotal to PSG’s run to the semi-finals. Certain individuals, who have been criticised in the past for not stepping up enough, have really stood up to be counted this time around. PSG players really want to win this trophy and as much as City are probably the better overall team, the result of this tie is likely to come down to how Kylian Mbappe and Neymar perform individually. When on song and in top form there is a case that both are the best two players in the entire world. Despite being underdogs, the Parisian outfit can never be ruled out with those two players around.

You can also check out our preview of the other semi-final tie Real Madrid vs. Chelsea. Bet on PSG vs. Manchester City and more with Pinnacle's latest Champions League markets. 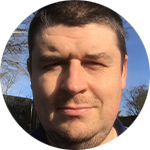