The 33rd edition of the Africa Cup of Nations gets underway on January 9. Which teams are taking part and who are the favourites to win? Read on to inform your predictions.

Get great odds on the Africa Cup of Nations

Africa Cup of Nations 2021: Who are the favourites?

Many of the players who will be on show for the near-month-long event ply their trade in Europe's top leagues with Liverpool star Salah, arguably the best player on the planet based on current form, set to lead Egypt's bid for another AFCON triumph. The Pharaohs are the record-holding seven-time winners of the Africa Cup of Nations but last lifted the trophy in 2010, and the feeling is that, aside from their talismanic skipper, they do not have quite enough quality in their squad to go the distance. Salah and co. have been drawn in Group D with Nigeria, Sudan, and Guinea-Bissau. 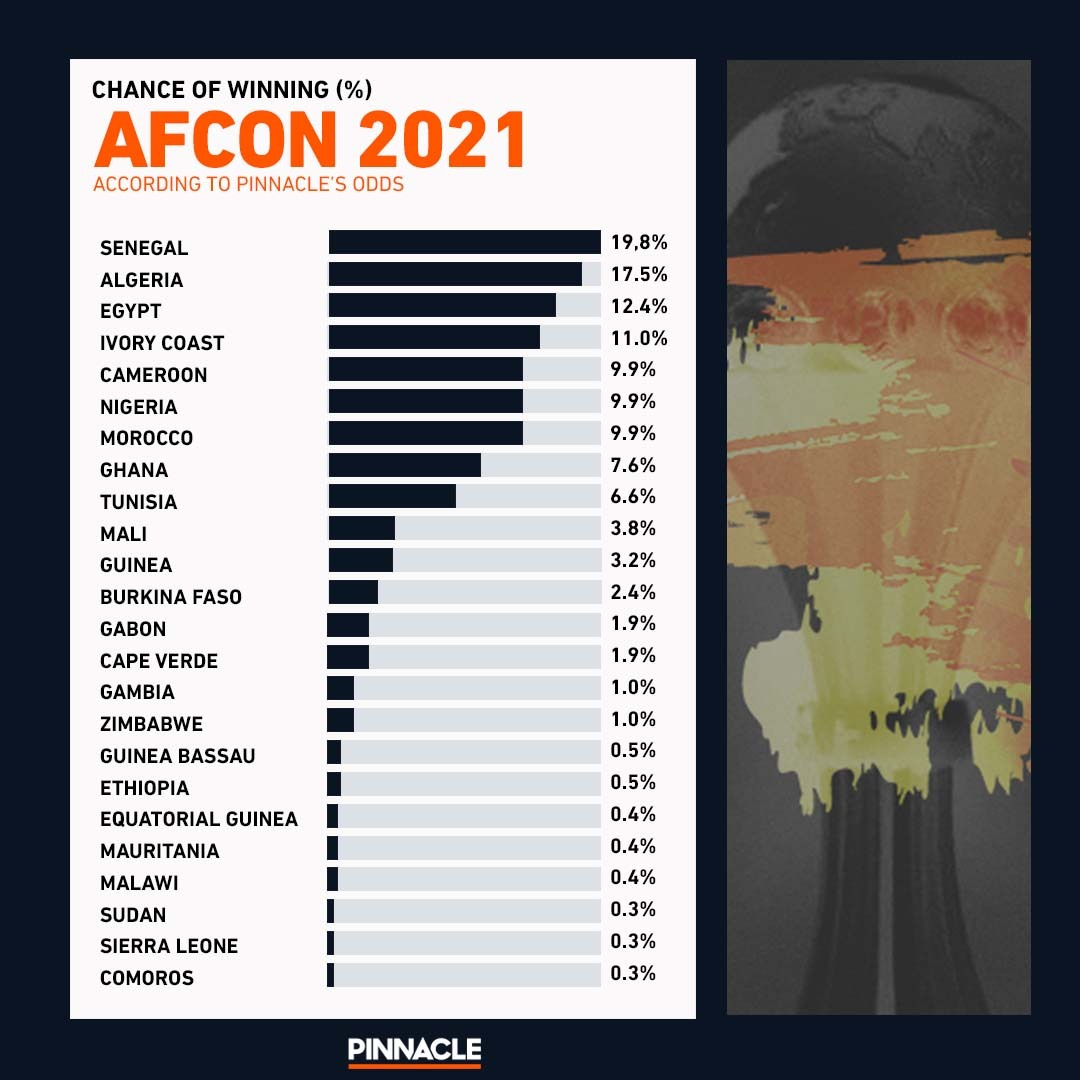 It's no surprise that Senegal are fancied to do well. They have a formidable spine from Chelsea goalkeeper Edouard Mendy and centre-back Kalidou Koulibaly, through Idrissa Gueye and Cheikhou Kouyate in midfield, to Sadio Mane and Ismaila Sarr up front. They are in Group B, along with Guinea, Zimbabwe, and Malawi.

Algeria's main man is Manchester City winger Riyad Mahrez but he is complemented nicely by West Ham's Said Benrahma and Rachid Ghezzal, who plays for Besiktas. Algeria will be joined in Group E by the Ivory Coast, who boast Premier League duo Nicolas Pepe and Wilfried Zaha in their ranks, while striker Sebastien Haller, who is enjoying a superb season so far for Ajax, could also be one of the stars of the tournament. Add to that AC Milan midfielder Franck Kessie, and the Elephants are another country who clearly have the talent to go far in the competition. Sierra Leone and Equatorial Guinea are the other two teams in Group E.

Hosts Cameroon (10.080*), who have Bayern Munich's Eric Maxim Choupo-Moting up front, and Mali, who will rely on Brighton's Yves Bissouma alongside RB Leipzig's Amadou Haidara in midfield, will also hope to live up to expectations and at least make the latter stages.

The top two from each of the six groups, plus the four best third-placed countries, will progress to the knockout stage where the last 16 will be eventually whittled down to two for the final, which is set to take place on February 6.

In total, six stadiums will be used across the tournament with the 60,00-capacity Olembe Stadium in the capital Yaounde staging the opening match between Cameroon and Burkina Faso and the final. Stade Ahmadou Ahidjo in Yaounde will also be used, while the Japoma Stadium in Douala, the Limbe Stadium in Limbe, the Kouekong Stadium in Bafoussam, and the Roumde Adjia Stadium in Garoua are the other venues.