The UFC welcomes its most recognisable face back to the Octagon on July 11 when Conor McGregor faces Dustin Poirier in Las Vegas for the third time. Inform your predictions ahead of UFC 264 with expert insight from Adam Catterall alongside Pinnacle's odds.

Get the best ufc betting advice

Big fight previews, Betshares, and all the latest odds

The main event at UFC 264 will take place in front of a packed house at the T-Mobile Arena in Las Vegas and is the final part of the trilogy of fights between Dustin Poirier and Conor McGregor. The first instalment happened in 2014, a Featherweight fight which McGregor won within the first five minutes. The second instalment took place behind closed doors in January 2021 on Fight Island, Abu Dhabi, where ‘The Diamond’ got his revenge, becoming the first man to stop ‘Notorious’ with strikes in the UFC.

The value for me in this fight would be betting that it goes the distance.

The ramifications of this fight are huge, with the winner more than likely being lined up to fight the newly crowned Lightweight world champion, Charles Oliveira. Poirier was offered the chance to fight Oliveira for the vacant title earlier this year but elected to pursue a third fight with McGregor, an indication of where his head is at confidence-wise and that financially, a fight with McGregor is still the biggest fight in the division.

The value for me in this fight would be betting that it goes the distance. Traditionally, fighters entering a ‘rubber match’ with a knockout each in the first two fights approach the third fight with a little more caution. McGregor knows that Poirier can stop him and that he is a lot more durable at Lightweight than he was at Featherweight. Poirier knows that McGregor underestimated him in their second fight which he won’t be doing this time.

Poirier vs. McGregor 3 prediction: The fight will go the distance

The matchup here is intriguing as Burns likes to fight up close whilst Thompson loves it at range. If the fight stays upright, I believe Thompson is just too classy and will outclass ‘Durinho’ but if the Brazilian can get his hands on his opponent and is able to show off his superior grappling abilities, the narrative of the fight could change.

Prediction: Thompson to win via decision

Pereira (25-11 MMA, 3-2 UFC) looks set to increase his winning streak to three in his first fight of 2021. Following a two-fight skid, the 27-year-old Brazilian most recently defeated Zelim Imadaev and Khaos Williams in back-to-back outings.

Price (14-4 MMA, 6-4 UFC), meanwhile, has won once, lost twice, and had one no contest in his most recent four fights. In 2020, Price lost to Vicente Luque via doctor stoppage before a draw with Donald Cerrone was overturned to a no-contest result after Price tested positive for Marijuana.

I’m siding with the man with momentum but I would not be surprised if Price got the job done.

Prediction: Pereira to win via decision

Makhachev is riding a seven-fight winning streak in the 155-pound weight category and is coming into this event off the back of a submission victory over Drew Dober at UFC 259 in March 2021.

However, rather than facing the top-ranked name he was asking for, Makhachev will clash with the unranked Moises, who has put together consecutive wins over Alexander Hernandez, Bobby Green, and Michael Johnson. This will be a fantastic fight to watch.

Prediction: Makhachev to win via submission

Women’s MMA pioneer and former UFC champion Miesha Tate has opted to end her retirement and return to fighting. Tate (18-7 MMA, 5-4 UFC), who hung up her gloves in November 2016, will make her comeback to the octagon on July 17 when she takes on Marion Reneau (9-7-1 MMA, 5-6-1 UFC) in a women’s Bantamweight matchup.

34-year-old Tate hasn’t won since her title victory over Holly Holm in March 2016 at UFC 196. She went on to lose her next two fights against Amanda Nunes and Raquel Pennington respectively which prompted her to retire.

Since retiring, Tate has had two children but states that she has constantly been training.

Meanwhile, Reneau, who at 43 is the oldest active fighter on the UFC roster, will opt to retire from the sport after her fight with Tate and it is this that has prompted my pick. If you’ve mentally already checked out, you don’t want to be fighting someone that has just mentally checked back in with renewed purpose!

Prediction: Tate to win via decision

I’ve picked this fight because there’s a bit of tension between the two fighters. Before Phil Hawes beat Kyle Daukaus in May, he had already agreed to fight Deron Winn in July. He double-booked himself, something that is considered disrespectful in MMA. Winn has taken offence to it and both fighters have gone back and forth on social media about it, which makes this fight even more captivating for the fans.

I think Hawes is going to show us why he double-booked himself and will keep the success train rolling.

Prediction: Hawes to win via decision

TJ Dillashaw and Cory Sandhagen are rebooked to fight on July 24, 2021, after their initial bout was cancelled due to a cut sustained in training by Dillashaw.

This is truly a mouth-watering fight with serious ramifications for the whole division.

Dillashaw, a former Bantamweight champion, was suspended from competition for two years for taking Erythropoietin (EPO). He relinquished the Bantamweight title and admitted to cheating in preparation for a Flyweight title shot against then-champion Henry Cejudo in 2019, which Dillashaw lost via TKO in just 32 seconds.

Sandhagen aims to put another ex-champ on his resume after he knocked out former Lightweight champ Frankie Edgar with a flying knee in February. It was his second straight win since a submission loss to current champ Aljamain Sterling.

This is truly a mouth-watering fight with serious ramifications for the whole division, as I believe the winner will be next to fight whoever is victorious in the Aljo/Yann rematch. I’m siding with the active guy who has looked tremendous lately as the lack of recent competition for the former champion will be a factor here.

Prediction: Sandhagen to win via KO/TKO

Askarov, a former ACB Flyweight champion, is unbeaten in his UFC tenure. After battling to a split-decision draw with current UFC 125-pound champ Brandon Moreno in his promotional debut, Askarov has won three straight fights over Tim Elliott, Alexandre Pantoja, and Joey Benavidez at UFC 259 in March.

Dana White’s Contender Series graduate Perez is coming into this fight off the back of a first-round submission loss to the then-Flyweight champion Deiveson Figueiredo at UFC 255 in November. Prior to that, Perez won three straight fights, including back-to-back “Performance of the Night” defeats of Jordan Espinosa and Jussier Formiga.

I think this fight will mean back-to-back losses for Perez as everything I’ve seen of Askarov has been top-class and his pressure is relentless.

Prediction: Askarov to win via decision

The Brazilian, 'Pitbull', hasn’t lost a Featherweight bout in almost six years, capturing the Lightweight title in the process with a quick victory over Michael Chandler (who is now in the UFC).

McKee (17-0), who has built his entire MMA record under the Bellator banner, has made short work of near enough everyone he has fought (he has only gone the distance six times) to earn his shot at the Featherweight Championship.

This is going to be the best Bellator fight for a long time and one where we find out just how good AJ McKee really is. Sadly for him, I’m siding with experience, as I think a win might be a little too much right now for AJ; however, I would personally love to see the dawning of a new age. There’s good money on this one going the distance but I’m being brave and believe that the old dog will show off some new tricks.

Prediction: Pitbull to win via KO/TKO/SUB

Get the latest UFC odds on every fight with Pinnacle. 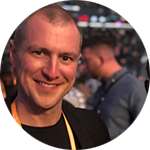 Adam Catterall is a multi-award winning broadcaster who co-created the Fight Disciples podcast which collected Best Sports Show at the 2017 British podcast awards, a feat he repeated in 2018.

His broadcasting skills have since transferred seamlessly to television with Adam being the face of BT Sports UFC coverage, being an ever-present figure at all the big fights.

Outside of the octagon, his recent coverage of Wilder vs. Fury 2 in Las Vegas was nominated for a sports journalism award whilst Adam also picked up a further two nominations for Best Sports Presenter and Best Sports Show for his podcast.