An introduction to probability theory how it relates to the sports betting market, plus the role of Bayesian inference in gambling. Betting data expert Bryan Nicholson explains how it works and how you can be successful in your betting.

Those who studied Probability Theory in third-level education around the turn of the century might be familiar with the concept of "Inverse probability". However, those studying it today might know this concept as Bayesian probability.

Bayesian probability is described as where instead of being the frequency of a phenomenon, probability is represented as a degree of personal belief or state of knowledge about something. Bayesian inference is a method of statistical inference where Bayes' theorem can be used to update the probability for a hypothesis as more evidence or information becomes available. In other words, Inverse probability can be used as a more logical approach in probability theory.

Inverse probability is said to be an obsolete term for the probability distribution of an unobserved variable. Bayesian inference in gambling, therefore, includes an amalgamation of logical-mathematical reasoning, subjective probability, and qualitative analysis to try and garner an edge. Bayesian inference is a concept borne from the Bayes Theorem, formulated by Thomas Bayes, which is a theory about conditional probability, and we can attack the sports betting markets or any kind of investment using it.

Let's look at an example from my book Hypnotised by Numbers, using conditional probability and the Bayes Theorem to make some accurate probabilities in soccer betting. Before we do that though...

What is the Bayes Theorem?

How can we apply conditional probability in soccer betting?

In the Premier League 2021-22 season, Liverpool were dominant. They narrowly missed out on the title to rivals Manchester City, and top scorer Mohamed Salah was on top form.

Here are some key stats:

But, what was the probability that Liverpool won if we assumed Salah would get on the scoresheet?

Using the Bayes Theorem formula or running it through a Bayes calculator like the one on Sharp sports Bettors, the probability of a Liverpool win considering Salah definitely converts his shots adjusts to 80.72% on average.

When you look at the betting markets, however, they are compiled dependent on the market in question and some may not have the finer details accurately priced in, like in the Salah example above, when taking each selection individually. The prices you see will be largely based no “big data” or what can be known as Frequentist probabilities. We can use Bayesian reasoning with samples containing small data versus these big data averages to beat these sports betting markets. Mean rather than median. We can unlock them using conditional probability.

Marco Blume, former Pinnacle Trading Director, talks about qualitative analysis and says how it is strictly Bayesian-style thinking behind the data science and pricing up at Pinnacle. Blume can be heard on a podcast talking about the “known knowns, known unknowns, and unknown unknowns” when referencing uncertainty in the betting markets while dealing with small samples and events with no real data. He tells us how you can estimate accurate probabilities using Bayesian inference.

Enrico Fermi was a physicist who used qualitative analysis and subjectivity to estimate the answers to several questions we won’t necessarily know the answer to intuitively or by checking records. This type of thinking could have been used to price up a sports betting market such as the Conor McGregor vs. Floyd Mayweather bout where we had no prior data. Pinnacle have an excellent article on this and the piano tuners in Chicago.

You might have heard the story of Marilyn vos Savant – apparently the smartest woman in the world at the time – when she responded in her column to a reader’s inquiry on a conditional probability conundrum with the right answer. To her dismay, thousands of people, including maths teachers with PHDs, complained. The phenomenon in question later became known as the Monty Hall problem.

Some of the world’s brightest minds have trouble grasping the concept of conditional probability behind the Monty Hall problem, which demonstrates how probabilities can change drastically on even one piece of small, but vital information. In this case, it's the fact that the game show host in the problem knows what is behind each box. This is what is referred to as the "conditional".

If soft bookmakers were pricing markets on these concepts, they usually won’t factor in conditional or subjective variables. We can now apply logic to beat these betting markets and the margin which we will discuss in a follow-up article. People refer to the wisdom of the crowd and betting exchange markets being very efficient at close if they are liquid but it’s not always the case due to what I have said above – the underlying concepts that these markets are built from.

If you play Rock-Paper-Scissors, picking each one 33% of the time against an opponent who is randomly doing the same, do you break even in the end? You should, right, but what if you picked up a pattern in your opponent's “random” selections?

For example, every fifth pick was always Rock. You’d now have a big positive expectation of around 60/40 and a 20% return on investment against this opponent if you choose Paper every fifth time to match their Rock, albeit you are both still choosing each option one-third of the time in the long run.

Use the situational concept of probability at the poker tables

It's the same in poker: your bluff frequency on certain boards on the river is 30% while using a game theory optimal (GTO) style. A certain opponent knows this, and they have also picked up a tell where your nose twitches the 30% of times you are bluffing, and it doesn’t the 70% of the time you are value betting. This opponent has huge EV against you by always correctly folding or calling your river bets in each specific scenario.

What is the better hand in poker?

You ask the Bayesian and the Frequentist this question. A8 off suit vs. A4 suited are the two hands in question. The Frequentist way of running this is to play it out to the river over a large sample, and the straight odds when you run the numbers are that A8 wins 51% of the time versus 29% for A4 suited, while the tie is 20%. But the Bayesian will argue the better hand (or the more playable hand) is often A4 suited. Why? The ‘conditional’ is what allows you to go inside the data and explore:

These types of A4 suited type hands are a lot more profitable than A8 off suit for many skilled poker players. In fact, most won’t play mid aces whereas low wheel suited aces are 3-bet and even 4-bet candidates. We’ll win big pots or lose small pots with the former whereas we will only win small or get into trouble with A8 and despite the latter being technically a better hand, it’s not necessarily a more profitable one.

What is probability theory in betting and gambling? - A summary

Probability is a mathematical term for the likelihood that something will occur. It is the ability to understand and estimate the possibility of a different combination of outcomes and we use it in sports betting and gambling of all forms. Probabilistic thinking is using a combination of logic and maths to estimate the likelihood of any event occurring from a percentage perspective.

Feel informed and know your Bayesian inference from your probability theory? Head over to Pinnacle’s betting pages across soccer and more. Follow Bryan Nicholson on Twitter. 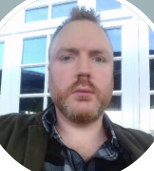 Bryan has a strong pedigree in sports betting and poker with vast experience working with variance and assessing probabilities. Using skills from an Engineering background in third level education he's gone on to develop probabilistic models for golf betting, incorporating his hypothesis of expected strokes gained course fit, and progressive form. Bryan is the author of multiple books on sports betting including Hypnotised by Numbers.